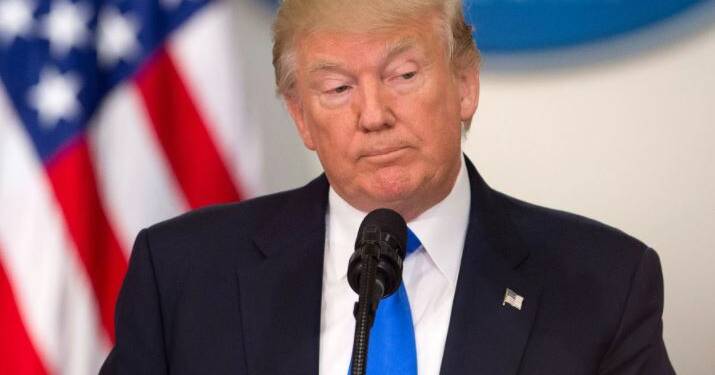 The mainstream media in the USA has been a lapdog of the Democratic party for a while now, and while propounding progressive ideals, the MSM has been censoring the conservatives and even the President of the United States for a long time. Now, the social media giants are also showing their true colours, and at a time when Trump is the most vulnerable, they are banning and censoring him. They are becoming complicit in the muzzling of free speech.

For a long time, social media has been the platform for the Conservatives and Republicans to drive public opinions and make people understand the policies and positions of POTUS. President Donald Trump has used these platforms like no other world leader. He has utilized social media to negate the disinformation and negative campaigns run by the mainstream media.

But as the famous saying goes, time and tide wait for none; the tides have turned in the opposite direction. A growing number of platforms are actively censoring content which majorly supports the Conservatives’ and Republicans’ world view. Many influential conservative analysts and media influencers are gaining a lot of traction among young and old people alike but Big Tech is censoring them.

Twitter has been censoring President Donald Trump explicitly for the whole week and has been flagging Trump’s tweets as fake news. A private social media platform is judging whether the opinions and points made by the President of the World’s most powerful nations are valid and legitimate or not. Twitter is policing even the President of the United States and just one strike by it can mark the statement as false. On the other hand, Twitter and Jack are darlings of the progressive & far-left faction of the Democratic Party.

Recently, Breitbart has also claimed that Google is erasing its stories about Joe Biden from Google searches. And now Facebook has blocked hashtags like #sharpiegate, #stopthesteal regarding election conspiracies. And who decides whether these are conspiracies or genuine concerns? It is not the Court of the nation but an arbitrary private organisation with linkages to one of the two political parties in the democratic national structure of the USA. These are the particular situations which have compromised the basic rights like freedom of expression, thought and liberty.

While the mainstream media is funded by big tech and companies having linkages to CCP, the Trump administration is left with no outlet of getting his message across. Earlier it was the free and open social media which filled that void and Trump utilized platforms like Facebook and Twitter aggressively. However, the one frontier which the democrats and the progressives had not taken over is now sliding into the clutches of these forces.

People who disagree with the democrats and have complaints will find no outlet to vent their anger and the leftists will make sure that these people are sidelined into a corner. The first example being the allegation of voter frauds. While one can have their opinion about these allegations, but, who are the social media companies to mute and flag the voice of those raising these issues?

Also, there is the shining example of Hunter Biden and the New York Post’s investigative report against him and his dealings with Ukrainian firms, and China. The reports have made it aptly clear that he used his father’s position as Vice President to gain leverage in business deals in Ukraine. Not only that, his linkages with the Chinese Communist Party were unearthed too. These reports were wiped out from social media, and prevented from going viral at a time when people were trying to know their candidates before the election..

In the face of all this mounting evidence, one can clearly make out that the next victim of woke-ness, post-modernism and the liberal-left cabal is the social media, and its fall will leave a large chunk of USA’s population voiceless unless they come into the fold of what is an acceptable form of speech and actions as per the ruling elite’s standards.

Days of absolute censorship are not far away when the people will be directed towards thinking a certain way only, all based on algorithms and created norms which will depend solely on the requirements and convenience of the Democrats.

2 years after CCP’s crackdown on Hong Kong’s autonomy began, it has become a burden on China’s economy