As UAE signs a deal with Trump an hour before Biden’s swearing-in, the Arab World’s message to the world is clear 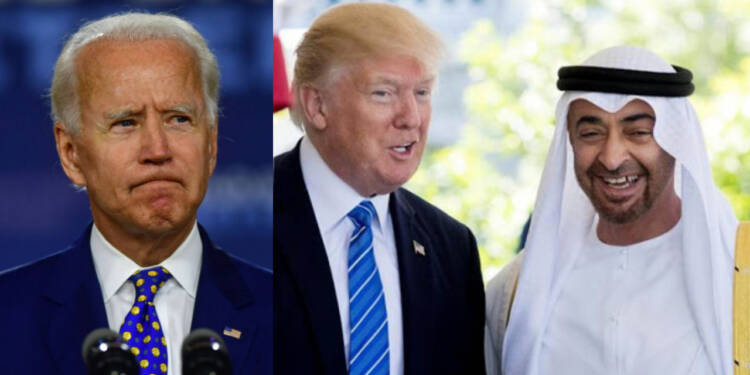 The Trump Administration was the arbitrator for the historic Abraham Accords, which in turn concretised the USA’s MENA (the Middle East & North Africa) alliance, making the overall structure a dominant and cohesive single unit, rather than the divide alliance of antagonistic countries, as the previous administrations had left for Trump. And now by signing the weapons deal with the UAE in the final hours of his time as the President, he has empowered his Gulf allies to an extent that no-one could jeopardise the peace in the region.

The United Arab Emirates has signed an agreement with the United States to purchase 50 F-35 jets, people familiar with the situation told Reuters on Wednesday. This comes after the Trump Administration had notified Congress in November 2020, that it is planning to sell 50 fighter F-35 jets as part of a broader $23 billion deal with United Arab Emirates (UAE). The development took place just after the Abraham Accords were signed among Bahrain-UAE-Israel which made UAE an ally of Israel, thus removing any possible reservation to the UAE gaining this superior weaponry.

Read more: Trump is empowering the UAE to stop Biden from cuddling up with Iran.

With the implementation of what he had promised in the last moments, the Trump administration has made UAE militarily dominant and has succeeded in creating a powerful Middle Eastern alliance of countries capable of containing and countering any threat to the peace and prosperity in the region, even if it is Iran. The decision comes at a time that makes it all the more interesting to observe. As Trump is leaving office, this military sale has bound Joe Biden to continue with the Trumpian foreign policy at least in the Middle East.

Mike Pompeo had said back in November, “This is in recognition of our deepening relationship and the UAE’s need for advanced defence capabilities to deter and defend itself against heightened threats from Iran.” While the recent move of Trump will make the Iranian misadventures more and more costly, it will also tighten the hands of Joe Biden from cuddling up with the Iranian authoritarian regime as he did under the Obama administration. This surely gives the US allies a greater say into how the US administration will be going ahead deal with Iran and will provide a much-needed safety net in case Biden tries to leave its allies in the doldrums.

The Reuters report said the agreement was signed about an hour before Biden was sworn into office. The document gave the United Arab Emirates a chance to accept the negotiated schedule and configuration of the jets as well as making the purchase request as official as it can be. The UAE government also signed a separate agreement to buy up to 18 drones, making it the second-largest sale of U.S. drones to a single country.

The final in-country delivery date for the F-35 jets could not be confirmed immediately, but the initial proposal sent to UAE said it would be 2027, as per the Reuters report.