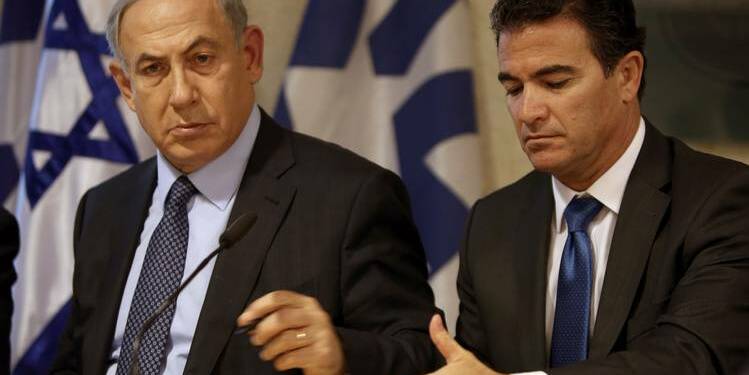 The Biden Administration is very serious about undoing all the hard work of the previous Trump administration vis a vis Middle East and Israel-Palestine situation. For him and the Democrats, it matters more to feed their ego and to show the domestic public that they are bringing a massive change in the US Foreign Policy, rather than being mature and continuing with the Trump era policies which had dramatically change the contours of the region and possessed immense potential to bring peace to the most unstable region of the post-World War era.

Biden is adamant to bring back the policy direction of Obama Era. The new US administration has been sending obvious signals that they are very inclined to bring back the Obama Era’s disastrous Iran Nuclear Deal, which has already made the US allies in the Middle East be it Saudi Arabia, UAE and even Israel quite miffed. And now as the MOSSAD chief is going, the concerns of the Israelis regarding the Biden administration’s reconciliatory approach towards Iran and its change in the view of Israel-Palestine issue, has got Natenyahu furious.

Warnings are coming from different quarters of Israel that, while Biden may think that he and his administration will be able to undo all the actions of the previous Trump administration and reverse the clock back to Obama era, but it will not be realistically possible.

The Times of Israel in a post mentioned that, the sanctions imposed by Trump on Iran, Trump’s freeze of aid to the Palestinians and recognition of Israel’s West Bank settlements, the backing for Israel and the Arab nations reconciliation and normalisation and Abraham accords, boosting of the Israeli-Saudi alliance to contain Iranian ambitions throughout the Arab world — all these policies which helped bring peace to the region could now be up for reconsideration by the new administration, however, Biden administration may not have enough room to bring this undoing to a practical conclusion as much has changed in the past four years.

Similar thoughts are being echoed by the Israeli government at the official level too. An Israeli news broadcaster, Channel 12 news quoted “a very senior Israeli official” in the Netanyahu government as saying, “If Biden adopts Obama’s plan, we will have nothing to talk about with him.” The official was making a reference to the Joint Comprehensive Plan of Action, which was signed by Obama in 2015 and later scrapped by Trump.

In addition to this, the new US administration is trying to resurface the Palestine issue. Its signs are visible and as soon as Biden came to power, there was a sudden urge within the US to revive the Palestine issue. After Biden’s ceremony at the Capitol Hill, the official Twitter handle for the US ambassador to Israel had its title changed from ‘US Ambassador to Israel’ to ‘US ambassador to Israel, the West Bank and Gaza’. This is in line with the Obama administration’s policy as it was Barack Obama who had voted against Israel in the United Nations on the matter of West Bank which had led to a huge diplomatic fallout between the Obama administration and Israel.

Read more: A fuming Netanyahu and an angry MBS – Why the USA will lose both Saudi and Israel together.

Donald Trump was neither naive nor willing to get played by the Hamas and Hezbullah. But in case of Joe Biden, in his efforts to revive the Obama era foreign policy, he will become a juggling tool in the hands of Hamas and Hezbullah while throwing the whole region back into the fumes of proxy wars and instability.

Israel and Netanyahu are very miffed and really angry, as the Middle East allies of the USA had worked hard and had progressed in bringing peace and stability to the region. But the Biden administration’s disregard for its allies and reconciliatory approach towards obvious enemies has angered Israel, and while Biden may not be able to change much in the region, other than making the life of its allies difficult, democrats will get in serious trouble given a lot of money from the Jewish lobby will suddenly evaporate into thin air.