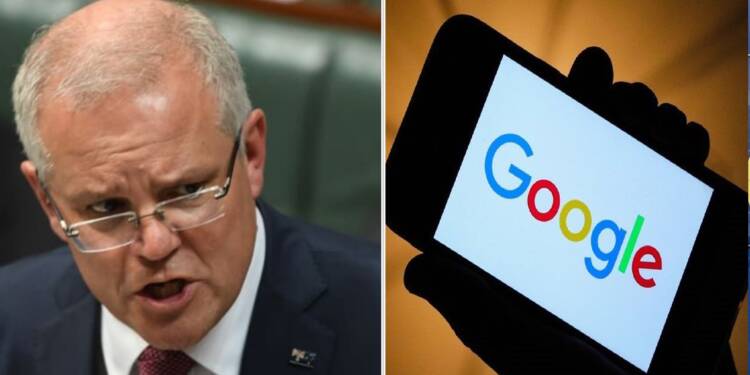 Google among other Social Media and IT giants have been cashing in large cheques and influencing people all over the world without paying any tax which can be comparable to their market cap and the amount of money they are generating. Taking all this in cognizance, the Australian government proposed a law which would make it mandatory for Google to pay media companies for displaying snippets of articles in search results.

This has led to a dramatic escalation as Google threatened to disable its search engine in Australia if it’s forced to pay local publishers for their news. However, the highlight was the Australian PM’s response to these threats by a Private Multinational Company to a sovereign nation-state. Scott Morrison just said, “WE DO NOT RESPOND TO THREATS”. Basically, he meant, if you have to work here, you have to do it Australian way.

The thing to be noted here is that about 94% of all online searches in Australia go through Alphabet Inc. This is not something any sovereign country would allow to go on without being brought under some sort of rules and regulations which can set up much-needed checks and balances. However, the threat by Google has not gone down well with the Australians and the government of Scott Morrison has said that “We don’t respond to threats” adding, “Australia makes our rules for things you can do in Australia. That’s done in our parliament. It’s done by our government. And that’s how things work here in Australia.”

This response should not just be taken of face value but should be understood in a larger context. It was not long ago when the Chinese Communist Party tried to threaten Australia with a brutal and sudden trade ban. However, Canberra not only recovers but also showed Xi Jinping his place. Since then China has been facing a scarcity of Coal among other things, and it has led to a major electricity shortage as well as made Chinese economy really vulnerable. If this can be taken as an exhibit as to how Australia takes threats to its sovereignty and pride, then we know what is to come in this Google vs Australia tussle.

Last year Google made almost $4bn from Australia while paying only $45m in tax. Many of the small, local news outlets who cannot afford to spend heavily on the ad revenues have downsized significantly or completely dropped their shutters.

Read more: Google has become so powerful that it has started threatening countries now.

As per news reports, “If this version of the code were to become law, it would give us no real choice but to stop making Google Search available in Australia,” Mel Silva, managing director of Alphabet Inc., for Australia and New Zealand, told a panel of senators. She described the law as an “untenable financial and operational precedent.”

Although, Facebook Inc., is also targeted by the legislation and opposes the law and it too reiterated at Friday’s hearing that it will consider blocking Australians from sharing news on Facebook if the law is pushed through. But, the tougher stance of Google and its parent firm, Alphabet Inc., has received much ire and attention, as its tone sounded more of a threat and blackmail rather than registering its grievance.

A bold China, a bolder Iran – How USA’s enemies for the last 4 years are rejoicing after Trump’s exit