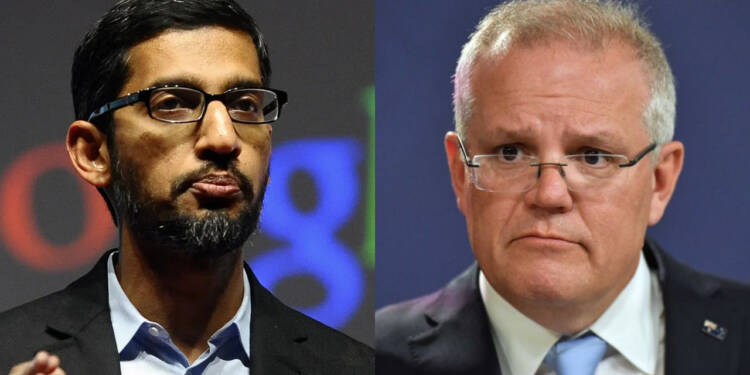 One of the biggest names in the Silicon Sinister Six, Google has threatened to remove its search engine from Australia over the down under country’s attempt to make the tech giant share royalties with news publishers. For years, news organisations in Australia have argued that they should be paid when Internet companies aggregate news stories on their websites.

The proposed media law would force the tech companies to negotiate with media companies on payments for previewing and linking to their content. If they can’t reach a deal, a government regulator would step in to set the rates.

As soon as the news of the government of Australia mulling over bringing the contentious law in parliament came to light, Google took a defensive approach and started issuing the threats.

Google and Facebook say that their sites help people find news, and the resulting traffic to news websites is valuable on its own. However, the Scott Morrison regime is steadfast in its argument that the tech platforms gain customers from people who want to read the news. Therefore the tech giants should pay newsrooms a “fair” amount for their journalism.

Last year Google made almost $4bn from Australia while paying only $45m in tax. Many of the small, local news outlets who cannot afford to spend heavily on the ad revenues have downsized significantly or completely dropped their shutters.

Mr Morrison said that his government remained committed to progressing the laws through parliament this year. “Let me be clear: Australia makes our rules for things you can do in Australia. That’s done in our parliament,” he told reporters during a media briefing.

When China could not pressure the Scott Morrison government into submission, despite using every other tool in its arsenal, it seems highly unlikely that Google will be able to bend Morrisson according to its wishes.

Tech giants like Google had been laying low for some time but as soon as the left-liberal government came in Washington, the Silicon Valley companies bared their fangs and came out in their full devilish glory. The Tech giants play the part of ‘Good Samaritans’ in the public eye by talking about ‘free, fair, and non-partisan internet’ but behind the curtains, and in reality, they practice a diametric opposite of it.

An example of this was evident when Twitter’s rival Parler was blocked by Apple Store and Google Play Store, apart from being blacked out by Amazon Web Services. Furthermore, the banning of former American President Donald Trump from social media platforms was another example of Tech giants running their nanny states where they themselves are the ‘judge, jury and the executioner’.

Google might threaten the Australian government as it can like but the truth is — in a capitalistic economy as such Australia, search engine companies like DuckDuckGo, Microsoft Bing, Mozilla Firefox, and Yahoo will be waiting to latch onto the opportunity, if Google decides to pull the plug on its business.

And it’s not like, Google has had to face this issue for the first time in its history. In the week just gone by, Google signed a deal with a group of French publishers paving the way for the internet giant to make digital copyright payments for online news content. Australia must have kept a close eye on the proceedings and therefore thought of it as the opportune time to bring the hammer on the Mountain View headquartered company.

The countries around the world are growing weary of the increasing influence of big techs like Google. These companies have the power to sway elections, inculcate myriad habits amongst the consumers by harvesting massive swathes of data and targeting ads as such.

While these companies earn massive revenues; they do not pay taxes properly, due to the voluminous loopholes present in the legal system which has not managed to keep up with the changing digital landscape.

But ‘the times they are a-changin’ and just the way Australia is paving the way for the rest of the world to take a lesson from, India is planning to bring a comprehensive Personal Data Protection Bill which is expected to push for data localisation in the country.

Facebook and especially Mark Zuckerberg have been against this legislature but the Bill, first drafted by BN Krishna committee and later reformed by the Joint Parliamentary Committee headed by Indian MP Meenakshi Lekhi is all set to be tabled in the upcoming Budget session of India.

Australia is standing its ground firmly — the ball’s in Google’s court now and it needs to be seen what it can conjure up, having already thrown away its biggest bargaining chip.