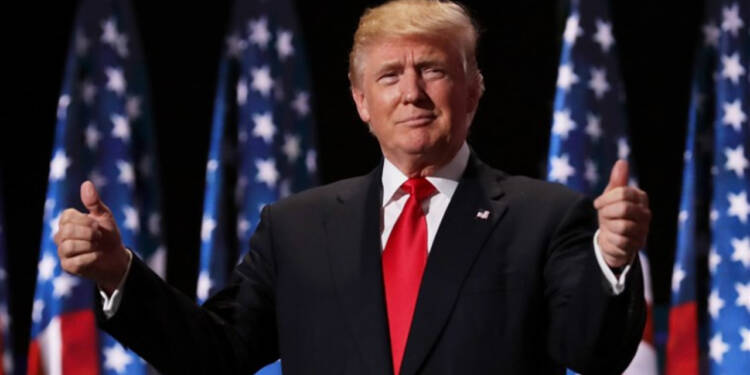 Even after marginally winning the fraught elections, the Democrats are still scared of Donald Trump and his consistent popularity. This fear has driven the Democrats to desperation and even after Donald Trump leaving office, they want to impeach him and guarantee that he is not able to run for President in 2024. However, the latest developments make it clear that these attempts are going to fail spectacularly.

Republican Senator Rand Paul moved a motion to declare the Impeachment trial unconstitutional. But the procedural vote which followed and its results give a clear picture that the plan to impeach Donald Trump is going to fail gloriously. For the Impeachment to be successful, the Democrats need to convince 17 Republican Senators to go against Donald Trump. Although the Democrats opposed the motion en bloc, 45 out of 50 GOP senators were standing resolutely against the proposition of Impeachment of Donald Trump, after the transfer of power.

Rand Paul, the Republican senator from Kentucky who put the motion before the Senate said “that 45 Senators agreed that this sham of a ‘trial’ is unconstitutional… This ‘trial’ is dead on arrival in the Senate.” Just five GOP senators, Susan Collins, Lisa Murkowski, Mitt Romney, Ben Sasse and Pat Toomey voted with all 50 Democrats to affirm the trial as constitutional and allow it to move forward. However, this is way short of the two-thirds majority of 67 needed for the impeachment to succeed.

Republican leaders and politicians are observing this trial from a larger context and realise the immense popularity of Donald Trump who secured 74 million votes in a hard-fought election. The Republicans know that even out of office, Donald Trump is now more popular than ever, and is reportedly sitting on some $70 million in campaign funds. In the run-up to the mid-term elections, the GOP senators who vote against Donald Trump may find their opposing candidate gaining Trump’s favour and lose even the opportunity to represent Republicans. Thus, if they decide to vote against the ex-President for some flawed Democrat logic, they will face a tough challenge in the run-up to the mid-term elections of 2022.

While facing problems within the Republican party is one thing, this could even trigger the beginning of the end of the Republicans. Donald Trump has also floated the idea of a “Patriot Party”, and him originally being not a career politician gives legitimacy to the thought. The “Patriot Party” is likely to attract anti-establishment and anti-war political leaders, thinkers and intellectuals, and represent what Trump symbolises- a movement against the American Deep State. We can assume that the “Patriot Party” will be a coalescence of Trump’s biggest goals, like ensuring a dignified life for US military veterans, no regime change wars, bringing American troops home and historic tax cuts.

According to a new Just the News poll with Scott Rasmussen, a hypothetical “Patriot Party” led by former President Donald Trump would win the support of almost a quarter 23% of the electorate, bumping the GOP down to the third place with just 17%.

This is something the GOP would never want to become a reality and may very well be one of the reasons for them to stand by the ex-President.

The minority of the Republicans who voted against Sen. Paul’s motion also seem to get the wind of it. Susan Collins (R-Maine), who was one of the five Republicans who voted against Paul’s motion, agreed that the vote was indicative of the final vote on Impeachment. “Do the math,” she said while adding, “I think that it’s extraordinarily unlikely the president will be convicted.”

The Democrats are trying their hardest to get Donald Trump impeached, as they know he will be a force to be reckoned with in the 2024 elections when no one would buy the mainstream media propaganda and the Democrats will be questioned for not following through on the fairy tale world they had promised.

Republican Senators and the party at large are standing resolutely with the ex-President, for one reason or another. But, with the latest developments in the Senate, it is clear that the attempts by the Democrats are destined to fail spectacularly.