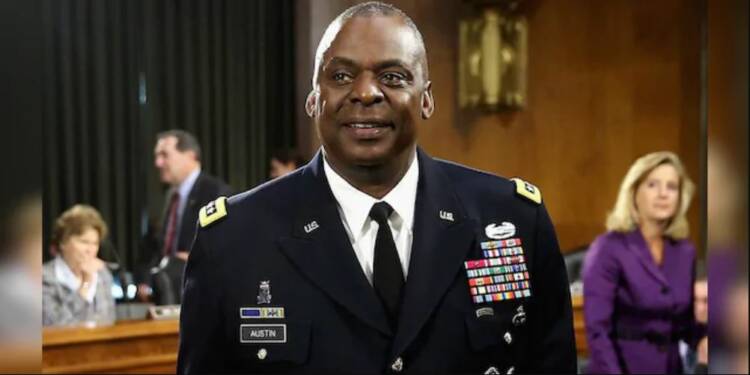 Days after assuming office, US President Joe Biden is really proving himself to be a part of the deep state. Take a look at his Defence Secretary, Lloyd J. Austin III, whose past association with a weapons selling major might lead to a major conflict of interest. Interestingly, even before being sworn in, Austin made it clear that he will review force presence in the Middle East purportedly in response to challenges coming from Russia and China.

Yet, Greg Hayes, CEO of the arms selling major Raytheon Technologies, announced that the company has removed from its books a $519 million projected sale of an “offensive weapon system”. The company did not disclose the customer but it is believed that Hayes was talking about a planned sale of 7,500 Paveway bombs to Riyadh. Hayes on his part suggested that the planned sale fell apart because of the change in administration at the White House. So, what is really happening?

You see, things aren’t as simple as they seem. On one hand, it is being believed that Biden isn’t happy with Riyadh because of the Yemen civil war and also because of US-based journalist Jamal Khashoggi’s murder in 2018. However, there is another side of the story too. Raytheon may be getting its hands off what seems like an arms sales to Saudi Arabia, but Austin does share a very intimate relationship with the arms seller.

In fact, the US Defence Secretary had taken a board seat with Raytheon after retiring from military service in 2016. As part of his compensation, the former US Army General was given stock in the arms selling major and two companies that were spun off- Carrier Global Corp and Otis Worldwide Corp.

Lloyd Austin had to, of course, leave the arms selling company after having been chosen by Biden as the Defence Secretary and now some of the stocks would be sold on his behalf. Austin had also pledged to divest himself completely from Raytheon within a period of 90 days of his confirmation. The stakes, however, are very high. Just by leaving the arms selling major, Austin is going to collect as much as $1.7 million.

Lloyd Austin, on his part, has agreed to recuse himself from some decisions involving Raytheon for a year. But the question is would that be enough? The arms selling major may not be selling arms to a lucrative customer in the Middle East, but we do know that the American military-industrial complex has just logged in.

The likely cancellation of the Saudi Arabia bombs deal could just be an aberration. Going ahead, the Biden administration is going to get involved in endless conflicts throughout Afghanistan and the Middle East. Every conflict could help Raytheon in terms of new contracts of sale. And to make it all the more questionable, a former Raytheon director is going to decide US military presence across several theatres of conflict.

Also, one year is a relatively short period of time. If there is no bar on the US Secretary of Defence after a year into office, he could actually start having a say in matters involving Raytheon which would make the conflict of interest even more apparent.