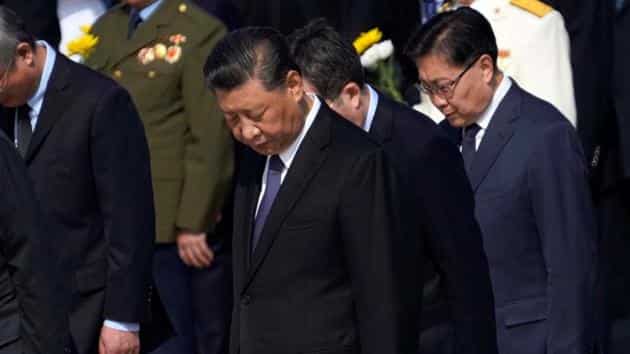 After a Chinese spy ring was arrested in Kabul, Afghanistan has recalibrated its relations with China. In what will be a major blow to resource-hungry China, Kabul has terminated oil and gas contracts with China and is renegotiating the terms of a massive mining concession that has been lying dormant since it was inked with China more than a decade ago.

China has been accused of spying and espionage by various countries on innumerable counts.The data leak which unravelled, shed light on the big 1.95 million CCP cadre who were working to facilitate CCP’s motives across the world. Among all the countries where this leak has established their existence, Afghanistan has taken the swiftest actions on nabbing the named personals and fast-tracking the investigation. Now, Afghanistan is retaliating and renegotiating from a position of power over the pseudo-power.

On December 10, the Afghan officials said they busted an alleged Chinese espionage ring operating in Kabul to hunt down Uighur Muslims with the help of the Haqqani network, a terrorist outfit linked to the Taliban. A senior security official said the ring had been operating for six or seven years. Afghan authorities have cooperated with China in the past on the detention and deportation of Uighurs suspected of terrorist activity, but officials said they were shocked at China’s duplicity.

The arrest led Kabul to use the incident as a “leverage” against Beijing as a way of putting the economy in order as it faces an unsure future in the peace process. One official said, in particular with regard to renegotiating mining concessions of several million dollars.

The toughness with China represents both the Afghan government’s anger about the country’s slow production of minerals and its urgent need for new sources of income as the US, foreign powers and several international donors are coming together.

Last year, Afghan media reported the government’s $2 billion lost revenues from inactivity on the site. Meanwhile, by tapping into Afghanistan’s mineral richness the Taliban is striking it rich. According to some sources, insurgents receive hundreds of million dollars a year from mining alone.

The Minister for Mining and Petroleum, Haroon Chakhansuri, told Foreign Policy that the contract would be retendered if MesAynak’s copper project was not reframed with ‘mutual terms.’ He added that Afghanistan is opening up its extractive industry to other countries with the Australian Fortescue Future Industries, citing the memorandum of understanding of September 10, 2020.

Read More: Chinese spies have been caught red-handed in Afghanistan and the future doesn’t look very promising for them

The termination of Oil and gas contracts and renegotiation in the mining concessions comes just days after a provincial government in the Philippines terminated Chinese contract to build an airport worth $10 billion.

Trust on China is fast fading as its vaccine diplomacy has failed to prosper over their low efficacy and inefficiency. Moreover, China’s spy ring burst has put it on a weak footing against Afghanistan. Afghanistan has taken full advantage of the situation as it looks for a way out of China’s dependence and opens its industries to other players. Opening up the mining sector has the potential to bring millions of dollars to the cash strapped Afghan government. This will help it to continue the peace process with the Taliban.

Fired for using Parler and Gab: The left goes full authoritarian as it carries out a purge of Right wing thought in the US