The statements of a Congresswoman, a journalist and former CIA director proves that white Americans are set to be labelled terrorists 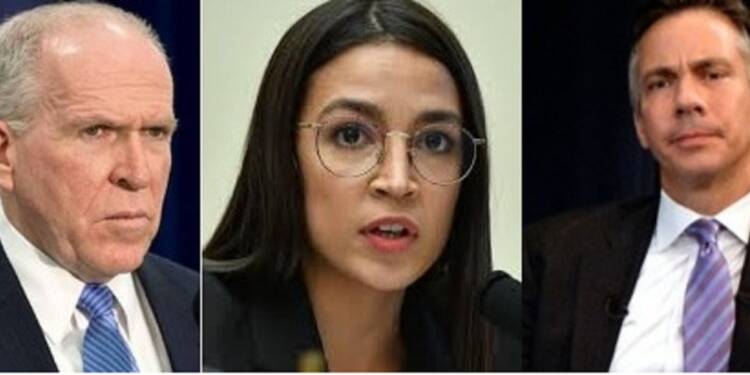 White Americans are definitely going to be at the receiving end of a spiteful Biden administration which has made no secret of the fact that its prime objectives are to desecrate gender boundaries, stifle the free speech of Americans and even control their very thought process, while going around the world carrying out an unprecedented and unfeasible bout of climatic vigilantism. Whites are expected to be viciously incarcerated for having a certain set of thoughts, ideologies and belief systems, which a liberal Biden administration is going to walk all over during the next four years.

Recent statements of three individuals close to the power corridors of Washington DC give us an idea about how Whites are all set to be labelled and treated as domestic terrorists. While they will all be labelled as ‘white supremacists’ at the drop of a hat, indications are multifarious of them, in fact, being unfairly victimised under the Democrat regime. And then, if such Whites turn out to be Trump supporters – even God would not be able to help them escape the clutches of neo-liberal-fascism which has gripped the United States.

Representative Alexandria Ocasio-Cortez, for starters, said that there are “legitimate white supremacist sympathisers” at the heart of the new GOP caucus in the House of Representatives. Cortex, being the left-loony that she is, even took to alleging that the white supremacism of Republic representatives was being ‘condoned’ by senior GOP members. Make no mistake, the parameters of Alexandria judging Republican Congressmen are simply that they are Whites, conservatives and dare to speak about the welfare of the people they represent.

Read more: Fired for using Parler and Gab: The left goes full authoritarian as it carries out a purge of Right-wing thought in the US

Meanwhile, in what also suggests that a grand and nefarious conspiracy is in the works to have all White Americans be eyed with suspicion in their own country, Anchor & Chief National Security Correspondent at CNN, Jim Sciutto took to Twitter to say that right-wing and White supremacist extremists are a greater threat to America than Islamist terrorists. In fact, the man had the temerity to draw parallels between supposed “White supremacism” and Islamist terror, and said that both ideologies are hinged on a “belief of false reality” and “deep feeling of humiliation and victimization.”

And of course, the CNN anchor inferred that the domestic terror threat posed by White Americans was more dangerous, since “a former US president willfully echoes their rhetoric and feeds their anger.”

What’s different and more dangerous about the domestic terror threat is that a former US president willfully echoes their rhetoric & feeds their anger.

4/ Federal law enforcement has known this and highlighted this for years – and the data on attacks, plots and deaths have shown right-wing and white supremacist extremists to be a greater threat than even Islamist groups. But Trump appointees deliberately downplayed the threat.

To make matters worse, serial loudmouth and former CIA director John Brennan called the threat from domestic violent extremists ‘much more challenging’ than the threat from foreign terrorists during a discussion at MSNBC. Brennan also came out in wholehearted support of the Department of Homeland Security, under the Biden administration, issuing a bulletin warning that some angry with the presidential tradition and “other perceived grievances fuelled by false narratives” could commit violence across the country.

Read more: Criticise Biden administration at your own risk, a popular memer got ten years of rigorous imprisonment for making a meme

Earlier, soon after Joe Biden took over as President, the former CIA director had revealed that American intelligence agencies “are moving in laser-like fashion to try to uncover as much as they can about” the pro-Trump “insurgency” that harbours “religious extremists, authoritarians, fascists, bigots, racists, nativists, even libertarians.” This only cements our assertion that Whites in America are on the verge of being labelled terrorists, simply because of their appearance.

Also, the fact that the Biden administration is almost completely committed to tackling the supposed threat posed by “domestic terror” leaves a huge vacuum in the United States’ fight against radical Islamist terrorists and far-Left anarchists, who on more occasions than one have displayed their incredible ability to burn down the entire country almost instantaneously. Yet, for inexplicable reasons, Whites now seem to be prime targets of the American deep state.