Criticise Biden administration at your own risk, a popular memer got ten years of rigorous imprisonment for making a meme 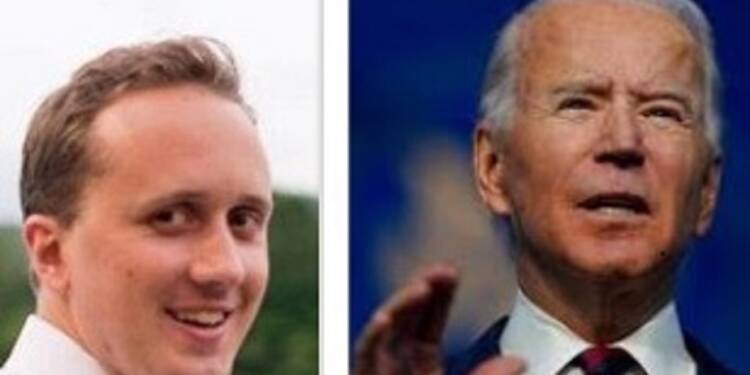 In a development which lays bare the explicit intolerance of President Joe Biden’s administration, a popular memer Douglas Mackey, whom the American media and Justice department are now calling a “far-right influencer” has just been charged in a 2016 “voter scam”, reportedly on counts of duping Clinton supporters into voting via fraudulent text messages instead of casting their ballot in person. This, according to the new regime in the United States, amounted to no less than an offence under 18 U.S. code 241. He did so, according to the Department of Justice (DoJ), by tricking people into not voting for Hillary Clinton.

According to Fox News, however, the prosecution did not show any evidence to the effect of proving that he had tricked anyone to vote or to not exercise their franchise. Instead, a major cause of Douglas Mackey being arrested by the FBI early on Wednesday morning is believed to be the fact that he made some memes on powerful democrats – a travesty which Americans must dare not undertake under a Biden administration, lest they wish to be handcuffed by federal agencies and thrown into jail.

Also Read: Wardy Joubert: know his life and all about viral meme

The criminal complaint against the popular memer, in fact, says, “Mackey…made coordinated use of social media to spread disinformation relevant to the impending 2016 Presidential Election. The disinformation spread by these individuals often took the form of memes.” The shamelessness of the complaint has shocked the wits out of liberty-loving Americans, who have begun fearing speaking their minds freely, in what is supposed to be the oldest democracy of the world no less.

Now, Douglas Mackey faces the prospect of being sentenced to 10 years in jail if found guilty. Not only does Douglas Mackey have to fight a legal battle hereon, but also a political one, because those at the helm of affairs in America are now a bunch of vindictive blood-suckers who simply cannot stand any free citizen mocking them or expressing their views which happen to be in the contestation of the belief systems of the Democrats and those in the Biden administration.

“With Mackey’s arrest, we serve notice that those who would subvert the democratic process in this manner cannot rely on the cloak of Internet anonymity to evade responsibility for their crimes. They will be investigated, caught and prosecuted to the full extent of the law,” a DoJ statement on the matter read. The statement is richly worded coming from the Department of Justice, especially when Mackey’s prosecutors failed to show any evidence of him having engaged in activities he has been accused of. If kept unchecked, the tentacles of a vindictive Biden administration will choke all free American citizens.

After winning a possibly rigged election, Democrats aim to increase their winnability by trying to convert Washington DC into a state