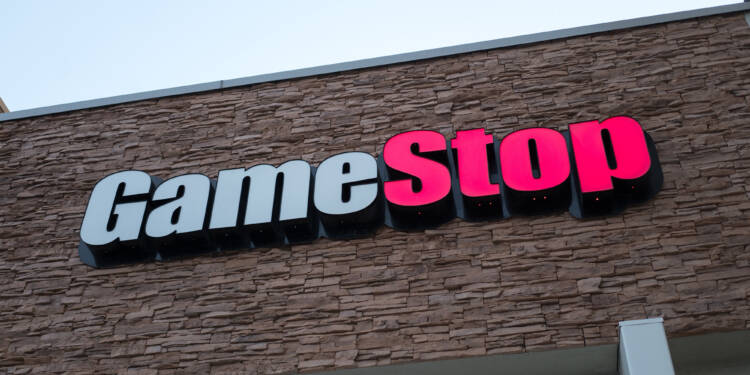 In the first term of the Obama administration, the United States witnessed two popular movements- The Tea Party movement in early 2009 and the Occupy Wall Street movement in late 2011. Although started and supported by different strata of the American society, both movements were directed against the elitism of Wall Street after the 2008 financial crisis.

“Both groups may have hit a chord with their call for reform of Wall Street,” said Doug Guetzloe, the then chairman of the Florida Tea Party Patriots in an interview in 2011. And he added, “Reform, whether in finance, government or corporate greed, is the common ground between the left and the right.

Almost 8 years later, the country is witnessing another movement against the elitism of Wall Street, and this time, the common people have themselves entered the game to teach the Wall Street ‘elites’ a lesson. And the situation has escalated so quickly that the Biden administration has been forced to monitor it.

The stocks of GameStop, a little-known Texas-based retailer that specialises in buying and selling of games and game devices, shot up by 8000 percent in the last one year and this resulted in Wall Street elites (hedge fund managers) losing billions of dollars. And all this happened due to coordinated efforts of a group of millennials, who organised themselves under the umbrella of WallStreetBets, a community on Reddit.

The hedge funds are a small group of money managers who make money by coordinated trading. So, the small group of elites decide which stocks to bet on and which stocks to ‘short-sell (in short selling, the stock owner makes money if the prices of the share go down)’ in order to ensure that everyone in the group makes money while the retail investors don’t. The same was happening with GameStop, the Texas-based, loss-making yet undervalued company whose stock the hedge funds were short selling in order to make money.

Observing this, a small group of millennial investors who also had an emotional attachment to it, chose GameStop as they decided to teach the hedge funds a lesson. The Group united under the name WallStreetBets on Reddit, deployed the same method used by hedge funds- coordinated trading. The Group started buying the GameStop shares as much as they can, which resulted in share prices of the company shooting up astronomically.

The phenomenon was helped by few other factors like an increase in savings due to Coronavirus-induced lockdown which cut discretionary spending; and a lot of free time due to work from home; emotional attachment towards the company and of course the $600 stimulus check from the government. But the group also has some big players who are betting against the hedge funds. 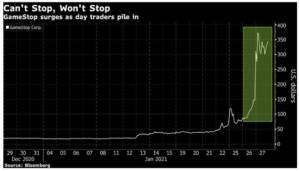 As WallStreetBets started making profits, the community grew exponentially because they were making big money at the expense of Wall Street elites. The hedge funds, who had bet on the GameStop shares going down, lost billions of dollars and started complaining against coordinated trading- the tactic they deployed against retail investors for decades. 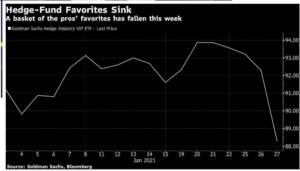 Encouraged by the success in the GameStop episode, the WallStreetBets started deploying the tactic for many other companies. As per a report by Bloomberg, “There’s Naked Brand Group Ltd., a clothing manufacturer whose stock is up 618% this month. And AMC Entertainment Holdings Inc., the movie-theatre company sitting on a gain of more than 800%. Macerich Co., a real estate investment trust, has more than doubled this month. This list goes on and on.”

The shares of GameStop have risen so much that Robinhood, a platform that facilitates trading for retail investors, has blocked the purchase of its share. The retail trade facilitators decided to go with hedge funds and decided to protect them instead of its customers. While it shows that the power enjoyed by the Wall Street elites, it also shows how influential the community WallStreetBets has become.

The rising power of retail investors, who, for decades, were cheated and manipulated by Wall Street elites, is on display. The hedge funds, which used to make billions every year, lost it all in just one year after the retail investors deployed the same technique – which they use to make money- against them. RobinHood, the trading app that chose hedge funds over its customers, is already facing a class-action lawsuit for market manipulation. To sum it all up, retail investors have succeeded in occupying Wall Street.

The statements of a Congresswoman, a journalist and former CIA director proves that white Americans are set to be labelled terrorists