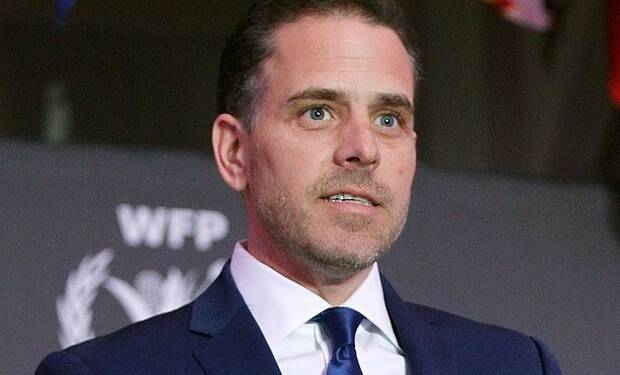 It is going to be two weeks since Biden’s accession to President and while he is busy in implementing socialist ideals in the US, his son, Hunter Biden has resurfaced to bring more critical eyes to the Biden family. Hunter Biden is already under federal investigation in Delaware associated with the IRS Criminal Investigation agency and the Federal Bureau of Investigation (FBI) have been taking steps like issuing subpoenas and seeking interviews. Now, in addition to all the investigations, he has brought himself and his family in yet another controversy.

Hunter Biden is gearing up for a solo show, is reportedly to be represented by Soho art dealer Georges Berges, who was once arrested for “terrorist threats” and “assault with a deadly weapon” in California, as per the New York Post report. However, this is not it, the Soho art dealer is also a fan of Chinese art and hopes to open other art venues in Beijing and Shanghai, back in 2015. So, when we connect the dots, it must not be a sheer coincidence for Hunter Biden (who as per reports, used the position of his father during  the Obama administration, to further his and Chinese business interests) is presenting a solo show for another China lover Georges Berges.

What we presently know about Hunter Biden’s business interests in China is that he accompanied his father and the then-Vice President Joe Biden on China trips. He tagged along on Air Force Two with his father during a December 2013 visit to China. On this visit, Hunter met Chinese financier Jonathan Li, who ran the private-equity fund Bohai Capital. Hunter and his partner Devon Archer had earlier discussed a plan with Li for investing Chinese cash outside the Communist nation.

During the 2013 visit, Hunter had even arranged a handshake between Li and the then US Vice President at the hotel of the American delegation. Moreover, as per text messages obtained by The New York Post report, Hunter’s former business associates had discussed getting “Joe involved” in their venture with a Chinese energy company- CFEC. The alleged purpose was to make the venture seem like “truly a family business.”

Read more: The Hunter Diaries: How China will ensure that Joe Biden either falls in line or falls out of his chair.

However, things seem to have not changed at all and Hunter Biden continues to own a 10% stake in BHR Partners (a Chinese company established in 2013 and funded by both private investors and local authorities, including the People’s Bank of China), The Wall Street Journal reported citing filings. The share is held by Biden’s Skaneateles LLC based in Delaware, according to the documentation unearthed by the WSJ. All of this tells how entrenched the whole Biden family is in the corruption

In addition to this, the whole situation is compromising the USA for the sake of few chosen few in favour of the very country which is vying for the USA’s demise. The latest news about him presenting a solo show for another China fan Georges Berges, who has shown keen interest in starting art galleries and shows in Shanghai and Beijing. The two of them coming together is no joke and shows how the Biden administration’s criticism of China will be lowkey and the elites in the USA will cooperate with Chinese even if it costs the USA its global leadership.