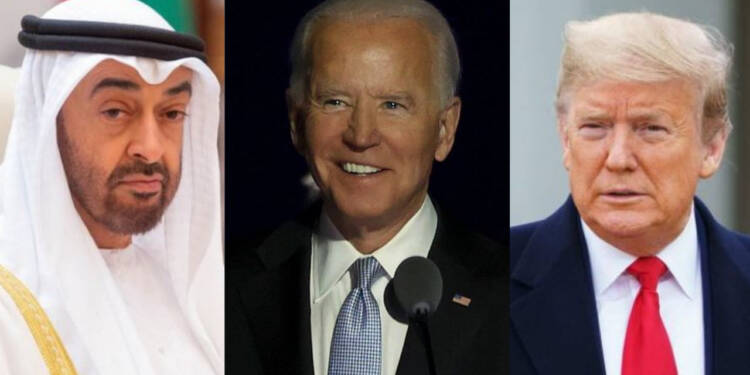 The new US President seems to have launched an outrageous campaign. Joe Biden is virtually on a mission to dismantle all the alliances that his predecessor Trump was able to stitch together. The next victim of Biden’s terrible foreign policy is the US-UAE friendship. The United Arab Emirates became one of the closest US allies last year when Trump brokered the first Abraham Accord between Israel and the UAE, wherein the two Middle East nations decided to establish formal diplomatic ties.

So, let us put it together- Biden, who promised to roll back Trump administration’s tariffs in order to make US allies happy, has just reversed a tariff reprieve which Trump had granted for building a strong American alliance.

Make no mistake, aluminium is very important for the Emiratis and they will definitely be fuming at what Biden has just done. The UAE is one of the biggest aluminium producers in the world. And the latest rollback by the Biden administration is going to affect it in a very bad way.

The reasoning being given by Biden for reinstating the aluminium tariffs against the UAE is even more abominable. His new proclamation read, “I consider it is necessary and appropriate in light of our national security interests to maintain, at this time, the tariff treatment applied to aluminium article imports from the United Arab Emirates.”

Biden administration officials are actually justifying the latest move on the ground that the tariff removal was connected to the Abraham Accords signed last year. Politico reported that a White House spokesperson said that other issues were at play since Trump’s decision to lift the aluminium tariffs against UAE “at the last hour was made clearly on the basis of foreign policy issues unrelated to trade.”

And then aluminium tariffs are not the only contentious move that Biden has made. He has already suspended the sale of fifth-generation F-35 fighter aircraft to the Arab nation. The advanced fighters are integral to Abu Dhabi’s plans for countering an aggressive Iran and even Israel had acquiesced, but Biden played spoilsport.

Trump left on a very high note as far as American alliances are concerned.

After choking China economically, Australia is developing naval capabilities to take the paper dragon head on