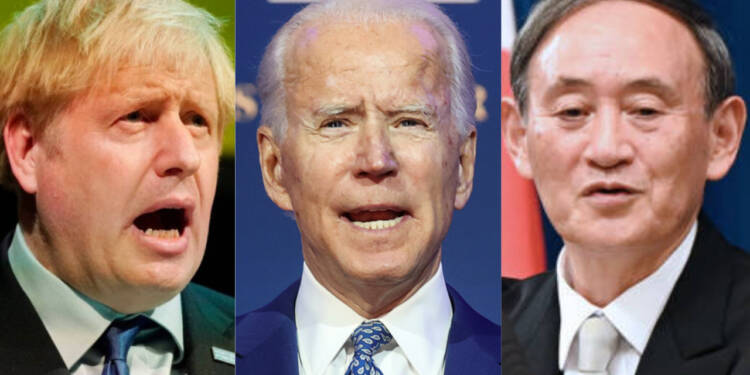 US President Joe Biden seems clueless on how to cooperate with Washington’s friends and take time-tested American alliances forward. The new US President is now facing fresh setbacks in his vague Indo-Pacific policy from two key US allies- the United Kingdom and Japan.

Japanese and British Ministers held a meeting via video conference on Wednesday. Kyodo reported that during this meeting, Japanese and British Foreign and Defence Ministers were expected to discuss ways of ensuring a Free and Open Indo-Pacific. Japan and the UK are thus conveying that they are eager to continue with Trump’s “Free and Open” Indo-Pacific strategy as opposed to Biden’s idea of a “Secure and Prosperous” Indo-Pacific.

The Free and Open Indo-Pacific (FOIP) concept has been at the core of US-Japan cooperation in the region. The concept was first introduced by former Japanese Prime Minister Shinzo Abe and former US President Donald Trump adopted it without any hesitation. The concept applies the rule of law to the Indo-Pacific and asserts the primacy of international law in the main maritime region. As such, the concept was seen as a policy to contain Chinese expansionism.

Soon, New Delhi and Canberra also joined in and seemed to agree with the FOIP concept. This eventually resulted in the formation of Quad – an informal strategic forum to check China’s rising influence in the region. The Trump administration, therefore, took up the leadership role by putting all its weight behind the FOIP concept.

So, what does “Secure and Prosperous” Indo-Pacific mean? Most importantly, it doesn’t mean the desire to keep the main maritime region free and open from external belligerence at all costs. So, China- the belligerent giant in the region has been given considerable breathing space by Biden.

The change in the Indo-Pacific terminology by Biden was a signal to US allies. He was telling the world that with Biden at the helm of affairs, Washington has a desire to engage Beijing for a peaceful and thriving Asia-Pacific.

While FOIP isolated China ruthlessly, “Secure and Prosperous” Indo-Pacific offers a lot more space for China to work in. The Chinese Communist Party (CCP) is allowed to propagate its toxic ideology, subject to the only condition that a broad spirit of security and prosperity in the Indo-Pacific is upheld.

In fact, Chinese State media house- CGTN itself published an op-ed titled, “Biden may make his Pacific strategy through cooperation with China.” However, US allies like Japan and Britain find it highly unconscionable on Joe Biden’s part to unilaterally tweak the spirit of Indo-Pacific cooperation.

The US has close allies in the Indo-Pacific, only because the Trump administration promised to play a leadership role in containing China. But if Joe Biden is going to offer greater working space to China, he will also face some serious consequences.

If Biden remains adamant on violating the spirit of Free and Open Indo-Pacific, then US allies would take it upon themselves to continue the united campaign against Chinese belligerence even without the US. And it seems that the process has already started, even as the UK and Japan give signals of flouting Biden’s “Secure and Prosperous” Indo-Pacific by sticking to FOIP.