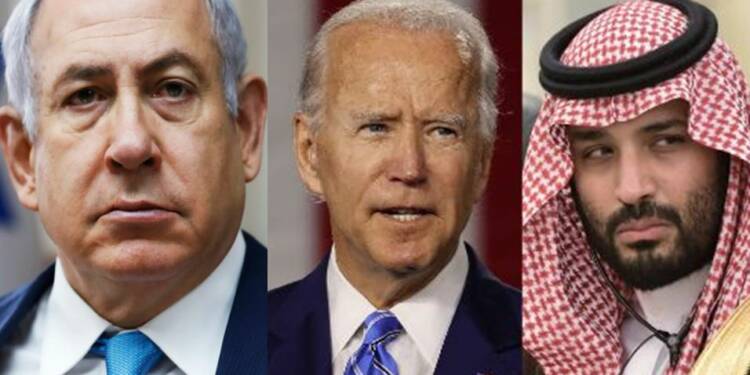 In just two weeks, President Joe Biden is showering gifts on Iran at the expense of Saudi Arabia, UAE and Israel. Under Donald Trump, the middle east was changing fast, and Iran’s ambitions to dominate the middle east were being dented by Trump’s maximum pressure policy. But Biden is already loosening the noose on Iran, and fast.

It’s not even been a month in the White House for American President Joe Biden and he is already on his path to destroy the legacy of his predecessor Donald Trump in the middle east. The latest straw being the US pulling out of the Yemen war and leaving its ally Saudi Arabia in the lurch to fight the Iran-backed Houthi rebels. Furthermore, the Biden administration already has lifted sanctions on the Houthi rebels which were imposed during the Trump administration, thereby giving added cushion to Iran to pursue its geopolitical goals.

If it seems too much information to unpack in few seconds, then fret not, we will peel every single layer of Biden’s untimely decision and how it unwittingly helps Iran. The newly crowned 46th President of the USA, Joe Biden on Thursday announced that the US will end its support for the war in Yemen, marking a break with six years of military assistance from Washington for the Saudi-led coalition.

“This war has to end. And to underscore our commitment, we’re ending all American support for offensive operations in the war in Yemen, including relevant arm sales,” the US president said in a speech at the State Department.

Biden’s sudden decision to fold the US’s card and leave the table comes as a shock to many with Saudi Arabia still engaged in a precarious battle with Iran-backed Houthi rebels who currently have the capital city under control.

Furthermore, the Biden administration has also decided to stop the arms export to the KSA, UAE, and other Arab allies of America. These weapons were being used to fight the Houthis and a sudden din in the arms supply would give rebels the upper hand which in turn will bolster Iran.

What compounds the problem is the fact that the Treasury Department last week said that it will be removing certain sanctions placed on the Houthis by the Trump administration. Before leaving the White House, former Secretary of State Mike Pompeo had designated Houthis as a “foreign terrorist organization” which brought along certain sanctions.

Whether it’s the right or wrong decision to pull out of a war which, to begin with, was the making of a previous Democrat President, is for the subject experts to argue. But the rationale says that the US, under Biden, is working to strengthen Iran who will find its way around in the impoverished Arab country and gain access to the strategically important maritime chokeholds like the Bab al-Mandab strait.

The Yemen war that started somewhere in 2015 has now continued for over six years with the military stalemate between Iran-backed Houthi rebels and government-backed by Saudi Arabia, the United States, and other Western nations plunging the country into a deep humanitarian crisis.

Read more: Yemeni War is the Single Bloodiest war in over 30 Years

With the US pulling out, the war is not expected to die down all of a sudden, albeit it is expected to stretch to posterity as KSA is not leaving the ground anytime soon. The KSA has been adamant that it wants to defeat the Houthi rebels and end Iranian influence in Yemen and ultimately restore Abdrabbuh Mansour Hadi’s government.

Biden’s soft spot for Iran can be gauged by the fact that he has appointed Robert Malley as the US special envoy to Iran. Malley was the White House Coordinator for the Middle East, North Africa, and the Gulf region under former President Barack Obama and had helped negotiate the strategically farce 2015 nuclear deal.

And its not only Saudi Arabia that is being sidelined by Biden’s US. Israel which had become a much closer ally for Donald Trump during his four-year tenure as the President is seemingly drifting away from Washington.

The reason being, Joe Biden has restored aid to the pro-Palestine groups which is bound to anger Israeli PM, Benjamin Netanyahu. Biden is also a big proponent of the two-state solution to the Israeli-Palestinian conflict which certainly is not a favorable message for Israel. And also, Biden is yet to have a telephonic conversation with the Israeli PM.

Under Trump, the Middle East had started coming together with Israel actively engaging in the conversation. The Abraham Accords between Israel and several Arab states were a milestone that was seen as a precursor to peace and stability in the region.

However, with Biden adamant on sitting across the table with Iran to renew the Joint Comprehensive Plan of Action (JCPOA), giving a constant cold shoulder to Israel and now ditching the de facto leader of the Arab world – Tehran must be hopping in joy at the gift hamper served on a gold platter with embellished wrapping paper by the one and only, Joe Biden.