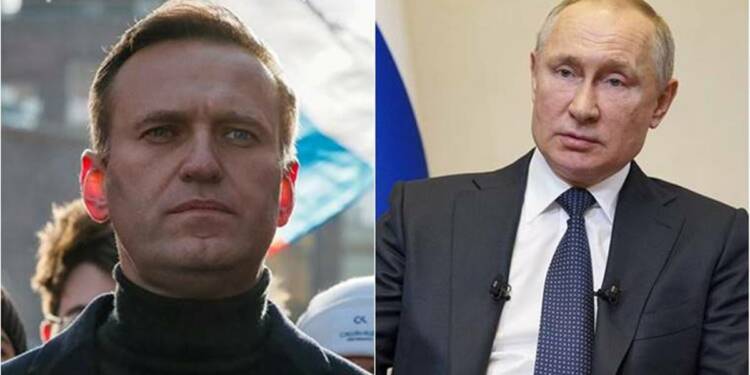 There are four things you cannot choose, parents, nationality, appearance and the President of Russia. This meme is as real as funny it sounds, as it fully encapsulates the contemporary political situation in Russia. As Russian opposition leader Alexei Navalny came back to Russia, he was jailed Tuesday on old embezzlement charges. However, Navalny is giving a tough time to the supremacy of Russian President Vladimir Putin. Kremlin critic Alexei Navalny, on Thursday, called on his supporters to fight fear and free Russia from “a handful of thieves in power,” in his first detailed comments since being ordered to serve out a prison sentence.

As per the news reports, the 44-year-old anti-corruption campaigner, who was jailed Tuesday on old embezzlement charges, wrote on Instagram that the authorities could only retain power if Russians remained afraid. He said, “But we, having overcome fear, can free our homeland from a handful of thieves in power. Let’s do it. We must do it.” Navalny returned to Russia last month from Germany where he was recovering from an August poisoning attack with the Soviet-era Novichok nerve agent. He had blamed the poisoning on Russia’s security services and President Vladimir Putin, which although remain allegations but are supported by many European countries and echoed by the United Kingdom as well.

Russia since the end of the rule of Boris Yeltsin in 1999 has been under the rule of the current President Vladimir Putin, who earlier fluctuated from President to Prime Minister and back to President with swapping role with his loyalist Dmitry Medvedev. He has since then held absolute power in the Russian Republic. In the meantime, some of the people who have stood up against Putin and challenged his legitimacy, have found themselves in very difficult situations or have died very suddenly and unnaturally.

As per Washington Post, In the 1990s, Nemtsov was a political star of post-Soviet Russia’s “young reformers.” He became deputy prime minister and was, for a while, seen as possible presidential material — but it was Putin who succeeded former president Boris Yeltsin in 2000. Nemstov led massive street rallies in protest of the 2011 parliamentary election results and wrote reports on official corruption. He also was arrested several times as the Kremlin cracked down on opposition rallies. In Feb. 2015, just hours after urging the public to join a march against Russia’s military involvement in Ukraine, Nemtsov was shot four times in the back by an unknown assailant within view of the Kremlin. Putin took “personal control” of the investigation into Nemtsov’s murder, but the killer remains at large.

However, this time the case is a little different, as Navalny has come back to Russia after having a near death experience. And his story seems to have made a significant impact among the youngsters. The fact that Russian newspapers too are denouncing a growing police crackdown on protesters and the sentencing of a popular news editor to jail for retweeting a joke, which has for long not dared to go against the Russian leadership even indirectly, shows the undercurrent in support of Navalny.

Last Wednesday, Roskomnadzor said social media companies would be fined “for failure to comply with the requirements to suppress the spread of calls to minors to participate in unauthorized rallies”. Despite the request of the prosecutor general’s office and the notification from Roskomnadzor, these internet platforms did not remove in time “a total of 170 illegal appeals,” a statement from Roskomnadzor said. This tells us how difficult it has become for the authorities to control the spread of the pro-Navalny protests.

Read more: Why TikTok can be the immediate cause of a fallout between Moscow and Beijing?

The very fighting spirit and a sense of possibility of change Navalny is bringing to the youngsters of Russia is a first in more than two decades and thus, has gained traction so suddenly. The protests in over 100 cities and the arrest of many participants has brought the very real threat to Putin’s chair and with the things still progressing, it needs to be seen how things unfold in Russia.