Navalny was the fire Biden was instructed not to play with, but like a foolish child he jumped right into it 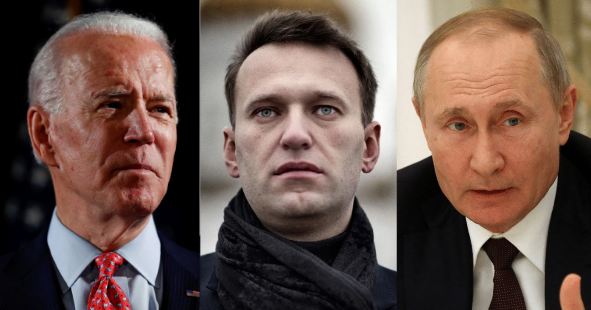 Throughout his Presidential campaign trail, Joe Biden was constantly talking about his plans to rein in Russia with much fanfare. However, now it seems that Biden is clueless about how to handle Moscow. The newly-appointed US President is putting his weight behind Kremlin critic Alexei Navalny, which can further complicate the historically tense US-Russia ties.

Navalny has been leading a stiff opposition against the Russian President, and after Navalny’s arrest, there has been a major outpouring of public anger. Meanwhile, Russia has accused the US Embassy of supporting the pro-Navalny demonstrations. During his phone call with Putin, the US President also raised concerns about Alexi Navalny. Biden is trying to corner Putin on this issue, but he doesn’t realise the consequences of supporting the Russian opposition leader.

The fact remains that it is a very natural course of action for someone like Biden to support Navalny. He wants to show that he is acting against Russia. But overall, it is a bad idea for the US President to support Navalny and antagonise the Russian President even more dangerously. This will turn Russia even more ferociously against the United States. Putin would have gauged by now that the Biden administration is trying to weaken him, by supporting his opponent.

As such, if there was any chance of Russia and the US finding middle ground on issues like arms control and taking care of common threats like Chinese expansionism, then Biden’s insistence on supporting Navalny would only put an end to any such negotiations.

Putin is already fuming about how the US is supporting his domestic enemy. And even if Putin does get unseated, Biden cannot expect that the Navalny regime would be friendly with the United States. Owing to traditional reasons, Russia and the US will remain adversaries. Therefore, at a purely diplomatic level, there is nothing that the US can gain out of impulsive support to the Kremlin critic.

Also, it is highly unlikely that Navalny would succeed in overthrowing the Putin regime. Putin’s stature may have been weakened by recent events, but it is not prudent to expect that the Russian President wouldn’t be able to crush the ongoing demonstrations against him. Once he is done handling whatever is happening within Russia, Putin will bounce back and try to settle scores with Washington.

In the likely case of Putin quelling the ongoing public protests, Russia would grow highly insecure of the United States, compelling him to initiate even more drastic measures against Washington. Right now, Moscow is wary of getting too close to Beijing but in case Biden looks to antagonise him completely, the Russian President might not have any choice. And at the end of the day, the US will be the biggest loser if a formal Sino-Russian alliance materialises.

The shameful treatment of Israel by the United States will leave it isolated again. And that’s grossly unfair