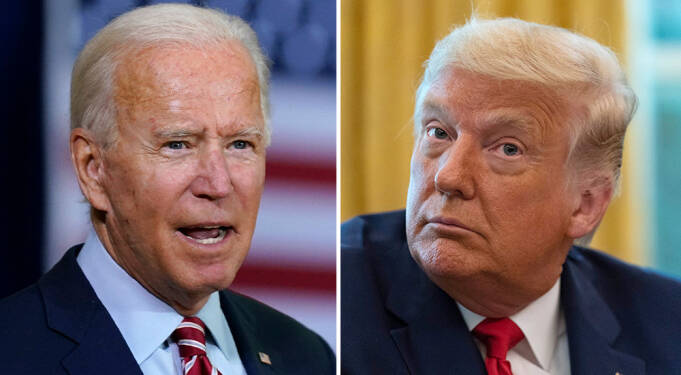 President Joe Biden, who won the White House after an election whose results have been largely contested, and which has been marred with allegations of voter fraud is now looking to strip his predecessor – Donald Trump of his right to receive high-level intelligence briefings on matters of national and international importance. It is an American tradition for former Presidents to continue receiving intelligence briefings, just like the sitting President does.

This, as a courtesy to their stature, and also as a method to keep former heads of state in the loop of all that is happening in terms of national security and foreign policy. According to Forbes, the tradition is also part of an effort to keep former leaders informed as they speak on matters of domestic and foreign policy, and meet with foreign leaders.

Biden, speaking to CBS News during an interview, said Trump’s erratic behaviour worried him “unrelated to the insurrection”. He added, “I just think that there is no need for him to have the intelligence briefings…What value is giving him an intelligence briefing…What impact does he have at all, other than the fact he might slip and say something?”

Of course, Joe Biden conveniently forgot to mention that Donald Trump was the same President who had the entire world by the throat, and who worked wonders to bring lasting peace to the Middle East, a region which the American Deep State and the Democrats want to keep burning in a perpetual state of war. The same President, who the ever-energetic Joe Biden is now calling untrustworthy, ensured that China gets down on its knees and behaves itself. As for Iran, which the Biden administration is dancing before in order to woo, Trump continuously breathed down its neck with his “maximum pressure policy”.

However, Joe Biden’s fears too are not entirely misplaced. Sharing intelligence with Donald Trump might just have devastating consequences for the Biden administration, as being the hawk that he is, the former President might stumble upon some incriminating information proving how the sitting President and his stooges at the White House are compromising American interests. Imagine, for example, if Trump were to come across information which shows the Biden administration prostrating before Iran or China. Would the former President, who is an American nationalist first, take the same lying down? Of course not.

That is precisely why Joe Biden has decided to not share intelligence briefings with Donald Trump. Already, Trump has made it clear that he will be back in some form, and will most likely run for the White House once again. Having intelligence briefings given to Trump is like handing over a load of ammunition to the man to take down the Biden administration. A guilty Joe Biden will most obviously decide against the same.

Donald Trump is a non-conformist. He is not the usual politician who scratches the back of others to get the same done for himself. As such, he is loathed by the American establishment, which exists irrespective of whoever is in power at the White House. This establishment, being pro-Democrat as it is, has been calling upon Joe Biden to break a long-standing tradition for the very first time – by depriving Trump of crucial intelligence which he is entitled to. The sad part really is that Joe Biden, instead of being the bigger person in this case, has surrendered to the establishment and is being dictated around by just about anyone on how to go about running the United States. So much for ‘healing’.