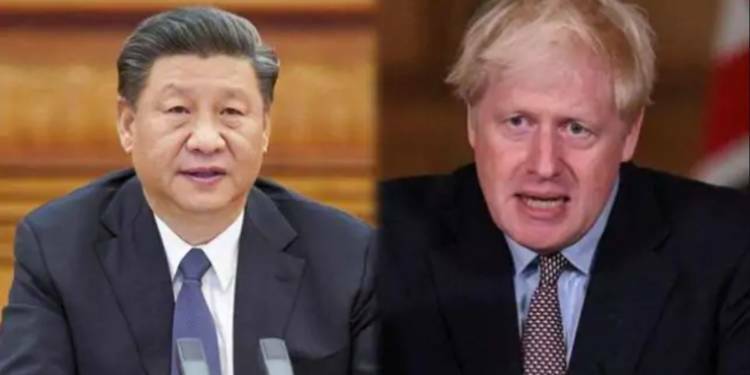 In continuing its war against Chinese propaganda and snooping activities, the United Kingdom has expelled three Chinese spies posing as journalists. The revelation comes a day after Ofcom confirmed it has cancelled the license for China-based media outlet CGTN.

Three Chinese spies who falsely posed as journalists have been expelled from Britain in the past year. The trio was considered to be intelligence officers for the Ministry of State Security (MSS) of Beijing and, under the false pretext of working in the media, arrived in the nation on journalist visas. The MSS is China’s civilian intelligence and political security agency.

A senior Whitehall source confirmed that the three spies each purported to “work for three different Chinese media agencies and that they “all set foot in the UK” in the past 12 months.”

The disclosure comes amid rising government concerns regarding Chinese economic espionage and theft of intellectual property from British universities and businesses.

Not stopping at just expelling Chinese spies, the Downing Street is expected to enact new legislation to tighten and amend existing laws on surveillance and the Official Secrets Act in the next legislative session.

Proposals for a US-style Foreign Agents Registration Act are being examined, which would require lobbyists, operating on behalf of foreign governments to register or face penalties such as jail and deportation.

The goal of this will be to ban acts of malignant intervention and influence by foreign states that currently do not reach the threshold of illegality.

According to sources, the government is looking at the introduction of a single “mega Bill” on national security to cover all these elements.

The revelation that three Beijing operatives posing as journalists have been expelled from Britain comes after Ofcom on Thursday revoked the UK license of the Chinese state-owned broadcaster CGTN.

The broadcasting regulator found the English-language satellite news channel was not under the editorial control of its licence holder, breaching a requirement under British law.

The issue of biased coverage of the Hong Kong protests last May put the media house under intense scrutiny. After which it was sanctioned for its failure to comply with Ofcom guidelines.

The diplomatic relation between the United Kingdom and China is in a freefall. The two countries have clashed over Hong Kong and Huawei among others. The United Kingdom in pledging support to Hong Kong residents launched a visa plan providing citizenship to holders of overseas British passport in just 5 years. China immediately responded by denying recognition to the passport.

Though the move was symbolic it underlined the receding diplomatic relation between the two countries that have been on a slippery slope since Britain banned Huawei. The diplomatic tussle between the two states is likely to continue, for now, the UK looks to have the upper hand.