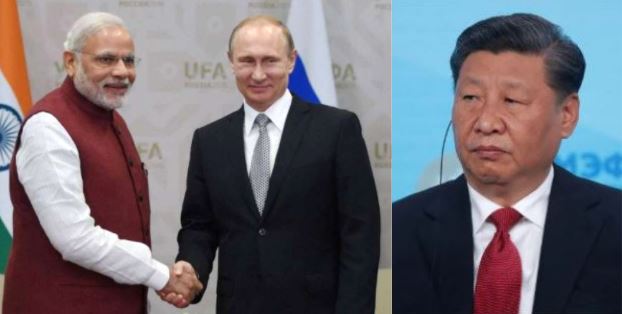 China for the longest time of the 2020 tried to regain influence and play diplomacy riding on the back of the COVID-19 vaccine. However, as countries were largely apprehensive of China and its intentions, the project had a slow acceptance. However, with the Indian vaccine program proving its mettle and Russian vaccine gaining larger acceptance, India and Russia have successfully replaced the Chinese as the big players of vaccine diplomacy in the whole of Asia.

It is a well known fact that, with the permission of and proactive actions of the government of India, New Delhi’s vaccine diplomacy has succeeded in swaying the countries as far away as the Philippines and gratitude from countries in the neighbourhood and beyond. However, with the Sputnik V vaccine getting an A+ in the Lancet medical journal, it has suddenly overtaken the Chinese vaccine in popularity. The Chinese vaccine diplomacy seems to hit a rock-bottom as Indian and Russian vaccine programmes are aggressively taking over the influence that China was trying to gain.

As per reports, Kazakhstan kicked off its coronavirus inoculation programme with Russia’s Sputnik V shot and Turkmenistan is preparing to start a similar campaign. And it is turning out that Russia is pulling ahead of China in the battle to win Central Asian hearts and minds through vaccine diplomacy. Sputnik V, which was hailed as “safe and effective” by The Lancet medical journal on Tuesday, has had the biggest uptake across the region, with deliveries already made to Kazakhstan and Turkmenistan. Uzbekistan, which is running trials on a Chinese option, is the only country in this neighborhood engaging in large-scale vaccine cooperation with Beijing.

Chinese vaccine diplomacy is already a lost deal and the Russian vaccine has seen a new takers in the European Union. This comes at a time when China is trying to take as many countries hostage to its Sinovac Covid-19 vaccine which has the worst efficacy among all the vaccines passing the trials recently. Additionally, the vaccine is shrouded in mystery, given the research related to it cannot be trusted.

Read more: Macron’s snub to Biden and Xi Jinping: Rejects the Chinese vaccine and embraces the Russian one

During the pandemic, Beijing has utilized its soft power by delivering much-needed medical supplies and other assistance to the countries of Central Asia, where it is a growing influence as an investor and trading partner. However, Russia traditionally regards the region as its own backyard and is reasserting its presence on the vaccination front. In addition to this, India is showcasing its prowess by sending vaccine far and wide and very fast, be it Indian Ocean Region, ASEAN, Oceania or even Africa. The two countries have ended any possibility of Chinese vaccine diplomacy.