Macron’s snub to Biden and Xi Jinping: Rejects the Chinese vaccine and embraces the Russian one 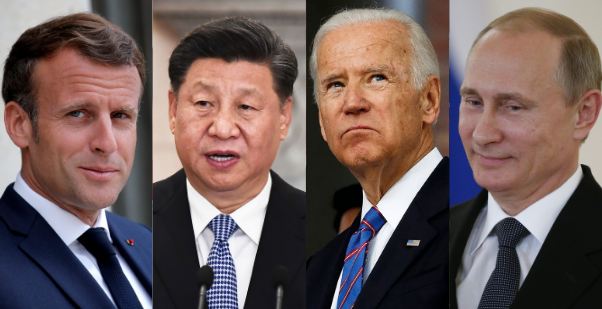 French President Emmanuel Macron is setting an example for the European countries to follow and take independent stance vis-a-vis the USA and China. Instead of pandering to one side or the other, he is steering them to take a stance, where they may not find themselves compromised. France insisted that geopolitics isn’t a factor when it comes to making decisions about sourcing life-saving coronavirus vaccines.

This comes at a time when China is trying to take as many countries hostage to its Sinovac Covid-19 vaccine which has the worst efficacy among all the vaccines passing the trials recently. Additionally, the vaccine is shrouded in mystery, given the research related to it cannot be trusted.

The policy decision to be receptive of Russian vaccine sets a precedent for other European countries to opt for the same vaccines instead of Chinese one or the over-priced US vaccines. With this one action, Macron has given a major jolt to Xi Jinping as well as the Joe Biden administration which is colluding with China for the sake of profiteering.

As per news reports, an official in Emmanuel Macron’s office, who asked not to be named in line with protocol, said that the French President and Chancellor Angela Merkel were aligned in welcoming any inoculations that meet European Union standards, and that geopolitics plays no role.

The comment came in answer to a question about whether Macron would consider purchasing Russia’s Sputnik V vaccine, which Merkel is ready to consider for Germany. At the same time, the French official noted that the Russian vaccine hadn’t yet been approved by the bloc.

This is also a signal to the changing trend in the EU which has steered towards a new foreign policy approach, called ‘My Way.’ The French President isn’t inclined to toe the line of the USA, of considering Russia the biggest threat anymore, even when China is turning out to be the real threat by a long shot.

It is in line with the overall change in the French approach. With Joe Biden’s policies against Arab Countries and especially Israel, the overall strategy of France will be to push Biden towards cornering Turkey. Thus, as France uses discontent among the Middle Eastern allies of the USA to force its hands against Turkey, it will set a stage for France-USA clash in the region as Marcon does not look in a mood to toe to Biden’s line and give Turkey a free pass.

Read more: The stage is set for a grand France-USA clash in the Middle East as Macron is in no mood to relent.

The fact that Macron has seen through the facade, which Biden is putting out to overshadow the compromises he is making to the Chinese, he seems not interested in believing in the US or the Chinese. And he would be more inclined to take the Russians out of this permanent enemy box that the USA has placed it in, and would move further with it if Russia reciprocates in kind.

In the case of China, whether it is the East China Sea or the Indian Ocean Region (IOR), France is checking its influence all across the Indo-Pacific. But why is France- an Atlantic nation, showing a deep interest in the Indo-Pacific?

Actually, Paris does have a significant stake in the region. France has an overseas territory in Oceania and its called New Caledonia. Macron knows that Xi Jinping wants to snatch this Pacific island from France. And therefore, the country is befriending China’s enemies in the region.

The priorities for France have not been clearer than they are now. It is not interested in just befriending the enemies of China, but its friends too.

China has for long taken advantage of Russia’s geopolitical isolation and has taken Moscow’s friendship for granted. But Macron’s recent actions give more negotiation space for Russia and shatter Biden’s objective to create a Russian evil hoax to hide the compromises with China.

The shameful treatment of Israel by the United States will leave it isolated again. And that’s grossly unfair