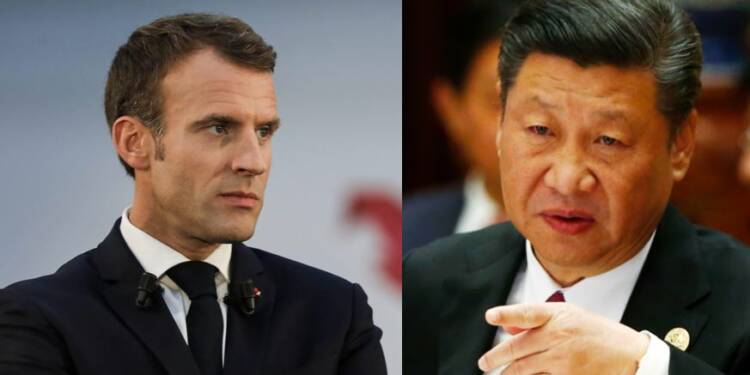 When the democratic world led by countries like India, Australia and the US started holding China accountable for its belligerence, it seemed that the European Union might prove to be the weakling. There were elements within the Germany-led EU that were clearly apologetic towards the People’s Republic of China. But there is at least one European power that has truly deep-dived into the Indo-Pacific and made China’s life difficult. We are talking about France.

Whether it is the East China Sea or the Indian Ocean Region (IOR), France is checking Chinese influence all across the Indo-Pacific. But why is France- an Atlantic nation, showing a deep interest in the Indo-Pacific? Actually, Paris does have a significant stake in the region. France has an overseas territory in Oceania and its called New Caledonia. Macron knows that Xi Jinping wants to snatch this Pacific island from France. And therefore, France is befriending China’s enemies in the region.

The New Caledonia tussle between France and China dates back to 2018. At that time, Macron had visited New Caledonia ahead of the island’s first independence referendum and during the same trip, the French President took a stop in Australia where he pointed out the need for a “Paris-Delhi-Canberra axis” while adding that it was “absolutely key for the region and our joint objectives in the Indo-Pacific”.

As per the 1998 Noumea Accord, there can be a maximum of three independence referendums in New Caledonia- every one of them to be held two years apart. France won the first referendum with 56.4 per cent votes. The second referendum held earlier this year also resulted in a French victory- this time with 53.26 per cent votes.

But here is the real deal- China’s economic influence has been increasing rapidly in New Caledonia. And Beijing has been trying to wrest New Caledonia from France by throwing in hordes of money into the small archipelago. France extends an aid of US$1.5 billion to the former penal colony on an annual basis, but China has been importing heavily from New Caledonia. In 2018, New Caledonia’s exports to China totalled US$1.06 billion. In fact, New Caledonia gets most of its funding from nickel sales to China.

Now, a third referendum could be held in New Caledonia in 2022, if requested by a third of the local assembly. Within the island, there have been disturbing reports about demonstrations and protests over the sale of New Caledonia’s Vale nickel plant. As per The Guardian, the debate over the plant’s sale has “become tightly bound up” in the independence debate.

Macron realises the threat that emanates from growing Chinese influence in the overseas territory. China knows that it will have the last shot at wresting French control of the nickel-rich island in 2022. And therefore, Xi Jinping will go all out in drumming up the independence sentiment in New Caledonia.

It was perhaps partly due to China’s New Caledonia push that Macron declared Europe’s awakening to the China threat in March 2019. Saying, “The time of European naivete towards China is over,” Macron even warned the European Council. France was an early adopter of the Indo-Pacific concept and the Macron administration started strategizing for the region in May 2018.

Now, as New Caledonia’s moves closer to a possible third referendum, Macron is stepping up his Indo-Pacific activism. Macron is exploring a lot of common ground for action with Indo-Pacific powers like India, Japan and Australia, in order to poke the paper Dragon in the eye.

France today has a big influence in the Indo-Pacific. It is selling battle-tested defence equipment like Rafale jets to China’s adversaries like India in the region and also participating in crucial military exercises. Macron is, therefore, eroding the Middle Kingdom’s standing in the region.