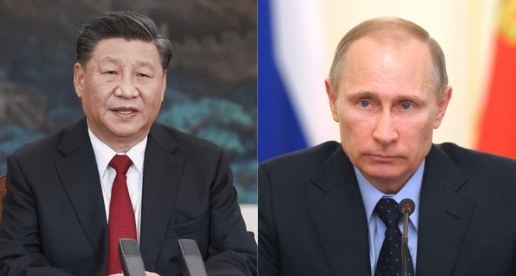 A bilateral relation, which was keeping a façade of friendship to keep common enemies at bay, seems to have been going through a series of new permutations and combinations. The Russians under Vladimir Putin are trying their hardest to keep the Chinese attempt to weaken them geopolitically at a minimum. The fact that Russia has reclaimed Central Asia from China via its vaccine diplomacy seems to be a good sign. However, Beijing is steadily keeping its efforts up to make Russia a second fiddle in what it calls a strategic partnership. China has also gotten involved in the internal political tussle of the Russian Republic and TikTok is providing a platform to foment the pro-Navalny protests across Russia.

Russia’s over-dependence on the Chinese markets for exports is an Achilles heel for them, which makes it difficult for Russia to take geopolitical decisions independently. As the Chinese economy takes a turn towards post-pandemic balance, its consumer recovery has lagged behind that of its industrial recovery, which gives a glimpse on how structurally the Russian economy is dependent on the Chinese markets and consumer demands. For the past decade, China alone accounted for just over half of the growth of global oil demand between 2008 and 2019.

The political upheaval in the whole swath of Russia is being exacerbated by the Chinese. It is because of the fact that the ensuing protests are being provided a platform for influencing and organising on the chinese social media app TikTok. The social media app, TikTok has over 20 million subscribers in Russia and coupled with the app algorithms which create silos and foments the flames even further. This is the exact thing happening in Russia right now. The app has become a catalyst for the anti-government and pro- Alexey Navalny protests. Roskomnadzor said social media companies would be fined “for failure to comply with the requirements to suppress the spread of calls to minors to participate in unauthorised rallies”. Despite the request of the prosecutor general’s office and the notification from Roskomnadzor, these internet platforms did not remove in time “a total of 170 illegal appeals,” a statement from Roskomnadzor said.

The fact that it is an app run by the Chinese Communist Party that can amplify the protests happening at around 100 cities. This is a dangerous development, and given the consistent efforts by Beijing to devolve the Russians as secondary partners in their bilateral relations, it is sure to ring bells of caution in Moscow.

Read more: Why TikTok can be the immediate cause of a fallout between Moscow and Beijing?

In addition to the political pressure, China is hitting Russia with a double whammy of chipping away its exports market as well as weaponizing the dependence of Russian exports on Chinese consumer markets. As per The Diplomat, China’s economic maturation into a consumer economy is a gut punch to Russia’s economic model. Sino-Russian relations are long past the point of needing symbols of close ties. Follow the money. Most Chinese investors remain skeptical of Russian investments, most joint projects are politicized, and trade is still tightly controlled. China gains far more from the status quo than Russia.

While Russia was able to wrest back Central Asia from growing Chinese influence back into its fold, there are many other reasons why Moscow needs to be careful. Chinese are slowly yet steadily trying to chip away the Russian upper hand in the bilateral relations, by meddling in the domestic political affairs of Russia and pressurizing them economically. The tug-of-war seems to be there for a while and it will be interesting to see where it leads the relations.