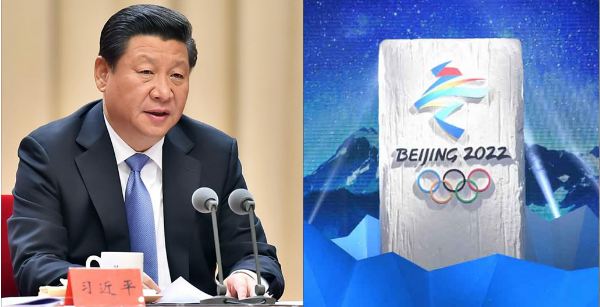 The Winter Olympics could have given China a perfect stage to win back some of its soft power. But as things stand, some countries have decided to boycott the event altogether and China has now resorted to open threats to coerce them into participating.

According to the State-backed nationalist tabloid Global Times Editor-in-Chief, China will respond by imposing severe sanctions against any country which boycotts the Beijing 2022 Winter Olympics.

Hu Xijin, Editor-in-Chief at Global Times wrote on Twitter, “Boycotting 2022 Beijing Winter Games, an unpopular idea, won’t receive wide support, IOC and athletes will both oppose it, and China will seriously sanction any country that follows such a call.”

His tweet was accompanied with a screenshot of an article on The Guardian headlined, ‘MPs urge British Olympians to boycott 2022 Beijing Winter Games.’

British MPs, including the Liberal Democrat leader Ed Davey, have called for a Team GB boycott over Beijing’s alleged ‘ethnic cleansing’ against Uighurs who have been imprisoned and subjected to political ‘re-education’ in Xinjiang.

After China issued threats of sanctions, Mr Davey hit back by saying that they “cannot be bullied by the Chinese government” and that they “have to use every leverage” that they have.

He added, “We have to ask ourselves could we look future generations in the eye and say we did all we could against what looks like a mass crime against humanity?”

Foreign Secretary Dominic Raab also did not rule out the possibility of boycotting the 2022 Winter Olympics, when asked by a parliamentary committee.

“According to me, the game should be kept separate from diplomacy and politics, but there is a point where it may not be possible,” he told the MPs.

“I would say let us gather evidence, and then work with international allies on the same issue, and then consider what further action we have to take,” he added.

Last week, many Canadian MPs signed an open letter calling for a boycott and demanding the relocation of the games from the capital of China.

In an open letter published last Wednesday, a coalition of 180 rights organisations called for a boycott of the games, ahead of the one-year countdown. The letter was rejected by the Chinese foreign ministry.

Several US Republican senators led a resolution to move the Beijing Winter Games last week, following the designation of China’s actions in the Xinjiang region as ‘genocide’ in the last days of the Donald Trump presidency in the United States. The US refused any such actions and said that it will not refuse its athletes to go to China.

Moreover, a group of anti-China activists in Japan campaigning for human rights in Tibet and support for ethnic Uighurs, on Thursday, called for the boycott of 2022 Winter Olympics in Beijing, saying the Games would embolden China’s government in its crackdowns.

While in Australia, voices have raised concerning the treatment of Uighurs in Xinjiang. Moreover, ever since China imposed unilateral sanctions on Australian products, diplomatic relations have frozen. ABC News reported on October 8 that the Australian parliament considered the issue of a boycott of the 2022 Beijing Winter Olympics in the wake of tensions between the two countries and China’s human rights abuses.

During Trump’s presidency, countries had voiced concerns over China hosting the Winter Olympics. But at the time, China had not openly threatened to sanction states. Such was the fear of Donald Trump.