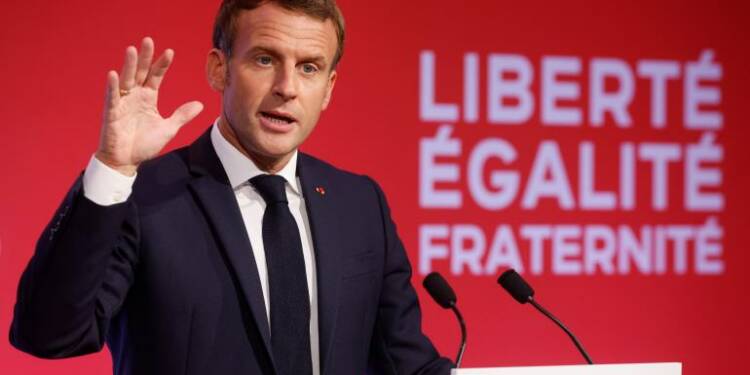 The utopian social-science ideas of woke-ism and cancel culture espoused by the West and especially in the American universities have become the target of French society lately. According to a New York Times report, the French intellectuals are remarking that the ideas on race, gender, post-colonialism, particularly those emanating from American universities are undermining the French identity.

The latest straw to ignite the debate has been Paris Opera’s new chief Alexander Neef’s decision to release a 66-page report on diversity at the firm in which he has vowed to diversify staff and to ban blackface. The decision was met with stiff resistance by Conservative leader Marine le Pen and by French newspaper Le Monde which said he ‘soaked up American culture for 10 years’ while he worked in Toronto.

The American universities and their social science theorists have a pretty narrow and bleak idea of the ground realities of foreign nations. Just the way the ‘Black lives movement’ cannot ever become a core issue for Indians, no matter how much the left here tries to connect it with intolerance and Islam. Similarly, the social scale used to gauge diversity and its noble ideas is different in France, say from the US.

Unlike America or any woke liberal society, France focuses on fundamental rights and core values like equality and liberty. Its not to say that there are no problems with this approach for the French society, but so far, it has worked for the European country and that’s what separates it from America where blacks are still oppressed and are demanding as well as fighting for basic human rights.

Pushing and flooding the naïve and lofty ideas of leftist Americans on the world has been an inherent trait of the entire cabal. These ideas have birthed a dangerous stripling in the form of ‘Islamo-Liberalism’ which was debated and rejected ferociously by the French PM after the beheading of Samuel Paty and the subsequent meek reaction of countries around the world, barring India.

Reported extensively by TFI, French PM Emmanuel Macron, since the beheading of Samuel Paty, has stood up for the rights and beliefs of the French people and has judiciously attacked left-tokenism as well as Islamic extremism.

In a speech in October on the ‘Fight against Separatism’, Macron warned against leaving ‘the intellectual debate to others’ as he cautioned of the ‘certain social science theories entirely imported from the United States’. His education minister Jean-Michel Blanquer also warned in October that there is a ‘battle to wage against an intellectual matrix from American universities’.

Emmanuel Macron has now become a beacon of hope for the people of France who suffer via the evils of a radical Islam which emanates from this misguided policy Islamo-leftism that incubates in the American Universities.

Macron became one of the first leaders, in power in Europe, to call out the dangers of the Radicalisation of Islam and in doing so stood up for his people to defend their culture, their identity, and their place. Mind you, even the idea of secularism originated in the French revolution.

Social science is the art of complicating semantics and by manufacturing an entirely new definition of ‘Islamo-Liberalism’ – the American universities have once again proved what the French intellectuals have been pointing towards.

Last year, Blanquer had accused the US universities of being complicit with terrorists by providing the intellectual justification behind their acts. Blanquer was supported by 100 prominent scholars in an open letter, in which they slammed social theories ‘transferred from North American campuses’.

A signatory, Gilles Kepel, an expert on Islam, said that American influence had led to “a sort of prohibition in universities to think about the phenomenon of political Islam in the name of a leftist ideology that considers it the religion of the underprivileged.”

It is heartening to see that a progressive, European country has not lost its identity to some virtue-signaling, leftist American universities who pry on the gullibility of weaker, morally frail nations. French PM has been steadfast in his newfound stance and looks like the French society, as a whole is also starting to openly shun the mind-numbing leftists ideas of America.