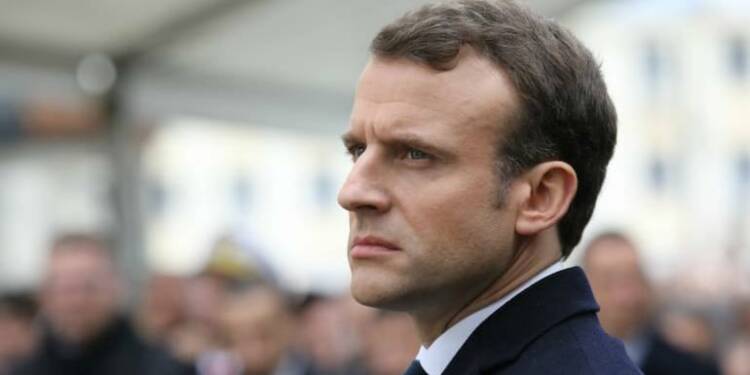 The assassination of Samuel Paty, a teacher, by radical Islamists has received a strong rightful response against the radicalization of Islam in France. It started with President of France, Macron, rising for his people and calling out the Islamists for their radical approach, which is against the French Way of Life.

The government and Emmanuel Macron are fighting back to stem the rise of Islamism. On Friday, during a new Defense council meet at the Elysee, the head of state demanded actions and rapid results against all those who, “by their behaviours, their speech and their proselytism put in the question the Republic.” He said, “The Islamists seek to rot our life, it is we who will rot theirs.”

The view is shared among all in the France government. French Education Minister criticized the beheading and tweeted “Tonight the [French] republic was attacked with the heinous murder of one of its servants, a teacher. Tonight, I think about him, about his family. Our unity and solidarity are the only answers to the cruelty of Islamic terrorism. We will fight back,”

After slamming “Islamo-leftism,” France’s education minister has a new interview out today: “There’s a combat to be led” against an intellectual framework coming from US universities and intersectionality, which go against France’s republican model https://t.co/wX3Gk159mi pic.twitter.com/hpyiXjKeMp

The Minister of Interior Gerald Darmanin will head the fight against radicalism in the state with the start of the dissolution of several groups or associations considered to be linked to the most radical Islamism.

But the most stringent attack was launched against the brand of Islamo-Leftism that emanates from American universities. For a long time, France has been the centre of romanticization of ideas but its rejection of the perverseness of the degraded leftist liberalism is a clear indication that the societies are turning to their roots.

Mass immigration into Europe from across the Mediterranean Sea has given rise to right-wing ideas all across Europe. The Netherlands, Sweden among others have seen a surge in popularity of their right-wing parties, most notably in the UK where an ideologically right party is in power.

Also Read: With the decline of the European Union has come the rise and rise of the right-wing in Europe

This change is not unprecedented. Europeans cheered and enthusiastically welcomed the declaration of war in 1914. Europeans thrive on their nationalistic inclinations and are proud of their culture and race and ethnicity. During history, Europeans have thrived by a policy of subduing others and therefore, the rise of nationalism in Europe again is routine. In the face of “le grand replacement” Europeans want to defend their identity and their culture against radicalization.

Europe has always been the centre of the origin of ideas. The conception of the modern state was drawn up in Europe in 1648, with The Treaty of Westphalia, so did other ideas that still govern the modern world. Therefore, when agents of left-liberalism in American Universities among others pursue their policy of selective criticism, Europe is in the ‘right’ to abandon them. They understand the idea of liberalism to the core and know the structures of liberalism to reject it when they are degraded, perverted, and invaded by radicalism.

The hypocrisy of the Left-liberalists values was on full shameful display during the Black Lives Matter protests. The violence in the protests was “defended and romanticized”, going on length to justify them and even comparing them to the “French Revolution”.

In addition to the justification of the violence, the ‘selective criticism approach’ of the American universities is shown by their reluctance to criticize the violence of the Jihadists. The invasion of Islamic ideas into Liberalism is justified by these universities as the inclusion of ideas. But their silence on matters of violence caused by Islamic radicalization needs to be criticized. While pushing their agenda of a radicalized liberal society they leave no stone unturned to criticize President Donald Trump for his occasional racial slur, these institutes stay mum when a violent beheading undertaken by the radical elements of Islam takes place. The money flowing into these universities from authoritarian Islamic regimes in Turkey and the middle east has vulgarized the idea of liberalism to the core and it now seeps into the American society, corrupting it.

The rise of right-wing policies and regimes in Europe is a testament to the abandonment of America’s corrupt liberal left. The Europeans do not understand these ideas of these Academic institutions in America and have isolated them. President Macron’s criticism of Islamic radicalization and a need to stem their rise is proof that the idea of a contorted left liberalist idea will not flourish in Europe.

This form of a corrupt liberal-left idea of inclusion and selective criticism which has been promoted by the Democrats has become a front for Jihadists, radicals, militants, and terrorists to promote their extremist ideas under the cover of Freedom of Speech.

Emmanuel Macron has now become a beacon of hope for the people of France who suffer via the evils of a radical Islam which emanates from this misguided policy Islamo-Liberalism which incubates in the American Universities. Macron became one of the first leaders, in power in Europe, to call out the dangers of the Radicalisation of Islam and in doing so he has stood up for his people to defend their culture, their identity, and their place. Mind you, even the idea of secularism originated in the French revolution.

Also Read: What turned Macron from a left-wing politician to a supremely right-wing leader?

Liberalism in the United States has become a parody of itself but Europe’s defiance to accept it has shown that they will defend their ideas, their culture, and their identity from corruption and perversion.