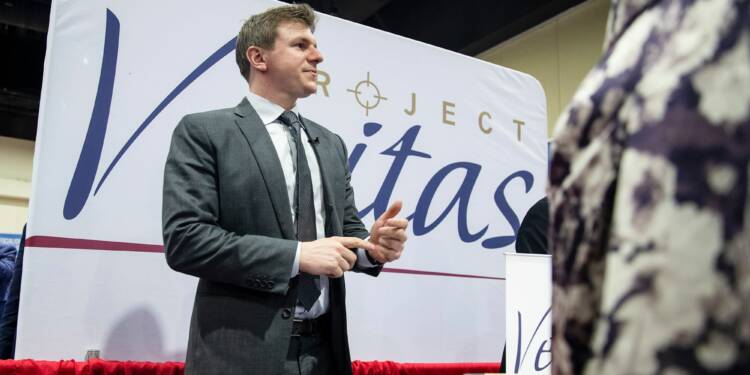 If you thought Twitter banning its most followed politician and former American President Donald Trump was a one-off incident that happened due to the collective pressure of the left-liberal cabal then you are in for a rude shocker. An autocratic Twitter is on a rampage in the states where it is silencing one conservative, one conservative platform after another, without an iota of worry about the fictitious virtue of ‘freedom of speech’. The microblogging platform recently banned “Project Veritas” – a conservative platform that was investigating Facebook VP of Integrity by merely following him around for quotes as ‘normal reporters’ do.

However, Twitter said the video posted on the social media platform showed the address of Facebook VP and that it was in direct violation of its rules – a claim denied by founder James O’Keefe, whose account has also been permanently suspended.

On its Telegram channel, Project Veritas gave an update on the controversy and said that the reporter never compromised the privacy of the Facebook VP.

“Twitter has asked us to delete a tweet that supposedly violated their rule on positing “private information.” The tweet in question arose when asking for comment from Facebook’s VP of Integrity about censorship.” read the update which further added, “Project Veritas is appealing this decision, as no privacy was violated. The reporter on the ground never revealed the location, nor were any street signs that would indicate the location visible. Reporters speak with people on the street all the time. Project Veritas stands by our reporting. You can’t cancel someone who doesn’t want to be canceled.”

Project Veritas has always been a target for the left-leaning Big Tech giants. Reported by TFI earlier this month, videotapes released by Project Veritas showed Facebook founder Mark Zuckerberg and other executives gloating over the fact that his company managed to mold the thought process of Americans and helped in the victory of Joe Biden. It can be safe to say that CEO Zuckerberg wasn’t able to contain his happiness over a Biden administration taking over the United States.

Twitter and its dubious morals and dripping hypocrisy can be gauged by the fact that earlier this week, the New York Times’ Nikole Hannah-Jones published the phone number of a reporter who asked her a question she disliked. Meaning, she literally violated Twitter’s doxxing policy. But as Grabien’s Tom Elliottt pointed out, “thankfully for her those rules only apply to conservative accounts that don’t actually break them.”

Technically this violates @Twitter’s rules, but thankfully for her those rules only apply to conservative accounts that don’t actually break them https://t.co/Psgsw2REq5

To give you another example of how Twitter facilitates the left and panders to its whimsies, look no further than India. When a protestor in Delhi rammed his tractor into the barricades and died on the spot during the Red Fort siege on January 26, the entire left wasted no time in dubbing the incident as an act of police brutality with some reporters claiming that he was shot in the middle of the head. However, when Delhi Police released the video of the incident and the truth became bare, the left cabal went silent. But a left-leaning portal named “The Caravan’ kept the tweet on its account where it claimed to the falsehood that the protestor was shot.

Read more: Yogi Cracks down on social media terrorism as UP police books Rajdeep, Shashi Tharoor and The Caravan over Delhi Siege

BREAKING | Updates on the killing of #farmer Navneet Singh at ITO:

An eyewitness told The Caravan that he saw the police firing from behind the grills of the Andhra Education Society. A group of police officials led by ACP HSP Singh have taken charge of the CCTV footage. pic.twitter.com/jNPpTUtMje

The Indian government has started cracking down on Twitter in the country but the US under Joe Biden has given a free rein to big techs to censor and suspend anyone that does not cater to their political end of the spectrum. Project Veritas may just be the first of many in the long list of conservative voices that surely will be stifled in the upcoming days.