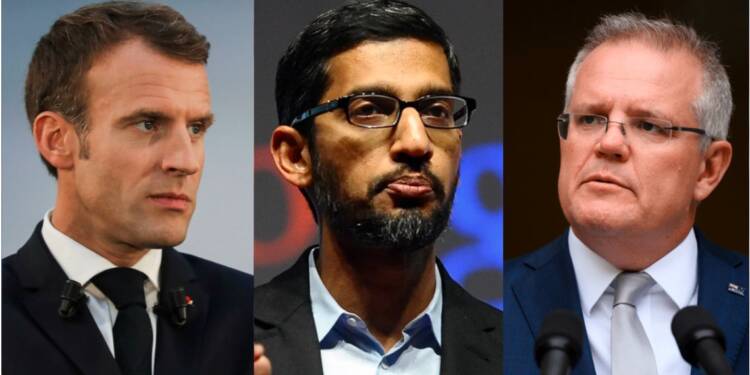 The Australian government’s non-relenting and non-compromising position vis-a-vis Google’s threat to remove its search engine from Australia has a ripple effect globally. Google is relenting to the French government and this can be a blueprint that can be followed in the case of Australia and Alphabet Inc. Alphabet’s Google has agreed to pay $76 million over three years to a group of 121 news publishers from France to end a more than year-long copyright spat, the documents seen by Reuters revealed.

The technology giants have long enjoyed the lack of legislation in countries all over the world. These companies were able to circumvent the laws of the land and avoid paying taxes in countries where they are making profits. They have been influencing the domestic situation and have turned it into their monopoly. However, they do not like it when they are asked to be answerable. Google just like other tech giants has shown its intention to evade taxes, however, countries are now filling the loopholes which were used to minimise the taxes paid and maximise the profits. The new legislation be it in France or Australia is addressing such discrepancies and loopholes which will bring these entities into a leash.

The agreement between Google and the Alliance de la presse d’information generale (APIG), a lobby group representing most major French publishers, was announced previously, but financial terms had not been disclosed.

Google had threatened to shut down its search engine in Australia over a proposed content licensing law. This was seen by the Australian government as an attempt to dictate terms to a sovereign government, telling them the dos and don’ts within their own territories.

Finally, Google seems to be following the directions of the Australian government after trying to play hardball for a while. Scott Morrison said that he had a “constructive” conversation with the global head of Google, Sundar Pichai after the company threatened to withdraw its search engine from Australia if the government proceeded with its proposed news media bargaining code.

Read more: Morrison is on a roll. After humbling Jinping, he trounces tech giant Google.

The documents from France, as seen by Reuters, include a framework agreement in which Google will pay $22 million annually for three years to a group of 121 national and local French news publications after signing individual licensing agreements with each. The second document is a settlement agreement under which Google agrees to pay $10 million to the same group in exchange for the publishers’ commitment not to sue over copyright claims for three years.

These actions by the French government and the compliance by Google is a precursor to the days ahead for these technology giants. The days of these companies acting without anyone to answer to are over, and from the looks of it, the fact that Google had to cough up $76 million to a group of 121 newspapers and portals in France means that the legislations going ahead will target these companies. The example of Google is going to be followed in Australia and then in other countries going ahead as well.