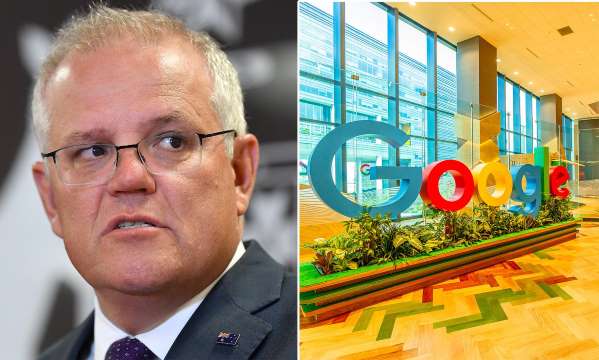 The tech giants were on cloud nine after de-platforming former US President Donald Trump. However, Australian Prime Minister Scott Morrison has taken up the task to school these tech giants. Morrison is on a roll. Recently he taught Xi Jinping how costly it can be to mess with Australia and now he is schooling the tech giants in sovereignty and following the law of the land. Google threatened to shut down its search engine in Australia over a proposed content licensing law. This was seen by the Australian government as an attempt to dictate terms to sovereign government, telling them the dos and don’ts within their own territories.

Finally, Google seems to be following the directions of the Australian government after trying to play hardball for a while. Scott Morrison said that he had a “constructive” conversation with the global head of Google, Sundar Pichai after the company threatened to withdraw its search engine from Australia if the government proceeded with its proposed news media bargaining code.

On Thursday, Google’s chief legal officer Kent Walker said: “Microsoft’s take on Australia’s proposed law is unsurprising – of course they’d be eager to impose an unworkable levy on a rival and increase their market share.” This comes after Microsoft had said that it would be willing to make improvements in its search engine Bing if Google followed through with its threat to pull search from Australia. Google has realized that it does not have an upper hand in this tussle with the Australian government.

Australia fought unofficial Chinese bans on imports with valour and emerged victoriously. Now it is enhancing its navy to deter Chinese dominance in the open seas starting with a $1 billion outlay. After Trump’s departure, Xi Jinping would’ve hoped that the Australian Prime Minister would relent on China’s animosity and would offer an apology. Instead, Scott Morrison refused to budge. He emboldened Australian patrolling in the South China Sea, criticised China on Hong Kong, and stopped the import of goods from China’s Xinjiang region. Now Morrison is ready to take the Chinese threat head-on.

Google among other Social Media and IT giants have been cashing in large cheques and influencing people all over the world without paying any tax which can be comparable to their market cap and the amount of money they are generating. Taking all this into cognizance, the Australian government proposed a law which would make it mandatory for Google to pay media companies for displaying snippets of articles in search results. Following which google threatened to remove the search engine from Australian users. To which Australian PM responded by saying that, “WE DO NOT RESPOND TO THREATS” adding that, “Australia makes our rules for things you can do in Australia. That’s done in our parliament. It’s done by our government. And that’s how things work here in Australia.”

Google and Alphabet Inc. seems to have got the gist and have started to act like good boys in their dealings with the Australian government. As per news reports, “I have been able to send them the best possible signals that should give them a great encouragement to engage with the process, and conclude the arrangements we’d like to see them conclude with the various news organisations,” Morrison said on Thursday. “I think we have been able to get that into a much more positive space about their ability to continue to provide services here in Australia.”

The Sydney Morning Herald and The Age revealed last week that Google had reversed plans to halt the launch of the new product in response to its grilling at a Senate hearing two weeks ago. This is the second victory that Scott Morrison has achieved after he showed Xi Jinping it is China that needs Australia more and not vice-versa. Similarly, Google was shown that it cannot dictate terms to a sovereign nation and that to Australia which has recently taught the Communist Party of China a lesson.