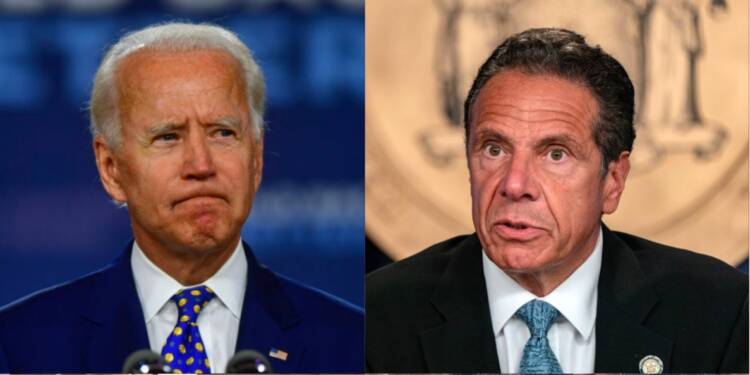 New York’s Governor Andrew Cuomo was a darling of the Democrats and Left-Liberal cabal. He was an exemplar in dealing with the pandemic as far as these people were concerned. The sycophancy surrounding how the New York Governor handled reached an epitome when he wrote a whole book, “American Crisis: Leadership Lessons from the COVID-19 Pandemic.” However, it was all a gimmick, given the elections were nearing and the whole PR was focused on turning Donald Trump into the evil that has brought the crisis upon the USA.

At a time when the pandemic was peaking in New York and the focus of the media should have been on critically analysing the pandemic management in New York, they kept on piling praises and glorified Cuomo’s COVID-19 response. The latest revelation reveals how big of a façade all of it was.

As per the New York Post, Gov. Andrew Cuomo’s top aide privately apologised to Democratic lawmakers for withholding the state’s nursing home death toll from COVID-19 — telling them “we froze” out of fear that the true numbers would “be used against us” by federal prosecutors. The sudden change in tone of the Democrats and them distancing themselves from Andrew Cuomo signals that his utility has ended with the victory of Joe Biden, and now he can be disposed off.

The NY Post report further mentions that the admission of a coverup was made by secretary to the Governor Melissa DeRosa during a two-hour-plus conference call with state Democratic leaders in which she said that the Cuomo administration had rebuffed a legislative request for the tally in August because “right around the same time, [then-President Donald Trump] turns this into a giant political football.”

For Democrats what mattered was an election victory. This was the major reason why they were okay with the death of people through COVID-19 being played down. How Cuomo had been responding to the deaths in New York due to COVID tells that he was not at all concerned with him being questioned by the Democrats. But the New York Governor is unfazed.

Cuomo said, “Look, whether a person died in a hospital or died in a nursing home, it’s — the people died.”

We know that “people died”. But it does matter if they died in hospitals or nursing homes. Because undercounted nursing home deaths reveal how spectacularly New York’s nursing home policies failed. What followed was however even worse and plainly insensitive. Andrew Cuomo said, “Who cares?” His exact words were- “But who cares? 33 [per cent]. 28 [per cent]. Died in a hospital. Died in a nursing home.”

Read more: Andrew Cuomo the NY Governor who paralysed his state during COVID-19 crisis lied about it and got venerated by American Media.

Democrats had a single focus and that was to win the elections, and how would it be possible if the truth about the disastrous handling of the pandemic by Andrew Cuomo was out. This is why even when people were dying, they kept garlanding the New York Governor with articles and interviews which were sort of PR tactics. Some Democrats were even floating him as a potential replacement on the ticket for Joe Biden. He even immediately became mentioned as a possible vice-presidential pick for the party.

New York Attorney General Letitia James said in late January that an investigation by her office revealed that Cuomo’s administration had undercounted the COVID-19 death toll linked to nursing homes by as much as 50%. This was followed by the revelations by his top aid. He is now also being questioned by the Democrats, who all this while commended him and used the left-media to back all the false narrative with the PR campaign. His ‘use by date’ has arrived and with the Democrats ruling the USA, he is no longer needed.

It’s officially Biden versus MBS and Netanyahu, as Saudi Arabia and Israel strike a defiant note