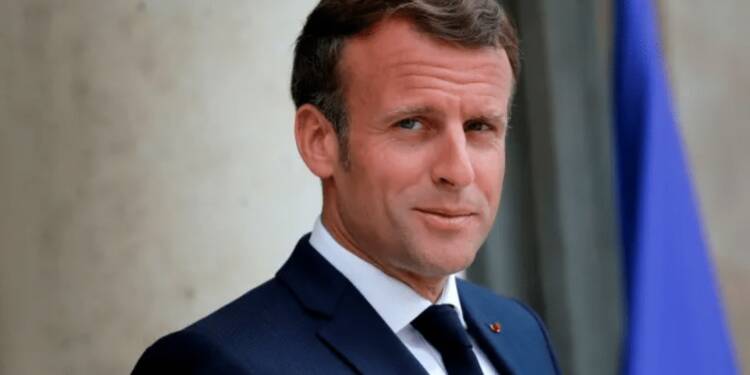 Emmanuel Macron is the only politician who in such a long time is not shying behind the curtain of ‘Political Correctness’. He had earlier said that the French government will come with a legislation that will make sure Islam is not politicised and decouple the aspects of Islam which leads to the creation of a parallel society.

In line with this, the Macron government came out with a new bill on Wednesday to deal a blow to Islamic fundamentalism. One of the provisions under the law will make it mandatory to send children to school from the age of three. The body, wordings and intent of the bill have so much to teach the world. It is for sure setting an example that other countries can emulate to deal with the radicalisation that extremist Islamists can indulge in.

After the beheading of Samuel Paty, France has been on the offensive to deliver a strong, rightful response against the radicalisation of Islam in France. Macron has risen to lead his people amidst heightening extremism and had called out radical Islamists for their radical approach which was against the French way of life, or the French Lucite. And now, he has delivered a blow that will stem the rise of Islamist extremism.

The bill has clearly stated its priorities and intentions so that the implementation is effective. “An insidious but powerful communitarian infiltration is slowly gangrening the foundations of our society in some areas. This infiltration is for the most of Islamist inspiration,” the document said.

Emmanuel Macron became the tallest leader in Europe when he took the fight against radicalisation, but, it also attracted a lot of criticism. With President Recep Tayyip Erdogan labelling Macron’s stance as an “open provocation” and saying Mr Macron was “mentally ill,” already strained relations with Turkey were further undermined.

Protests in Islamic countries such as Pakistan and Bangladesh to boycott French products and France, in general, broke out and US envoy on religious freedom, Sam Brownback, said, “When you get heavy-handed, the situation can get worse.” But Macron stood his ground and now the French cabinet has approved a bill that will target the rise of radicalisation in France.

As per reports which articulate the bill for the layman, it aims to reinforce the legal tools available to the Macron government to curtail radicalism in Islam which had a free ride in France. It makes it a criminal offence of threatening public sector employees or using violence to force them to make exceptions to public rules.

It creates another new offence for hate speech that makes it possible to quickly detain a person who spreads on social media the personal information of a public service agent with the intent to harm them which can be seen as directly addressing the beheading of schoolteacher Samuel Paty in October.

The bill, brought in by Macron government, also extends the neutrality principle, which prohibits civil servants from wearing ostentatious religious symbols like the Muslim headscarf and voicing political views, beyond public sector employees to all private contractors of public services.

Moreover, through the bill, Macron has also made a provision to monitor foreign funding. After the law comes into force, full information about foreign funding over 10 thousand euros will have to be given provided.

The draft legislation restricts the possibility of homeschooling children, introduces tougher punishment for “virginity tests,” and stricter safeguards against forced marriages, as well as more legal tools to ensure men and women inherit equitably. All of which have been practised in different Islamic regions even to this day and age.

All of these measures taken by the Macron government, in true sense progressive, are positive as they attempt to improve the situation of Muslims in France and bring them into societal mainstream. As the law gains traction, this can become a strawman for other countries to emulate with their unique characteristics. And it can even be emulated by the progressive Islamic nations too.