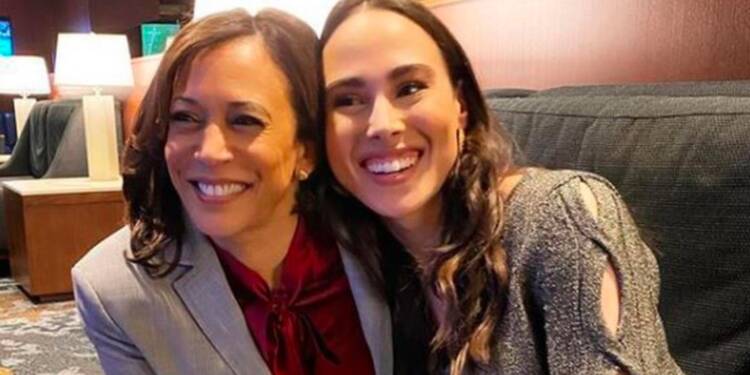 US Vice President Kamala Harris’ niece Meena Harris has already become a constant stinging pain for the White House. So much so that a White House lawyer has warned Meena Harris over her constantly “leveraging her relationship with her aunt” to further her business interests.

Harris is a lawyer-turned-entrepreneur who boasts more than 800,000 followers on Instagram, where her posts range from political to personal. She has written books and has a clothing brand where she uses Kamala Harris’ name or likeness. After the election as Kamala Harris was sworn in as Vice President, the White House is concerned with Meena Harris constantly using her aunt for furthering her own interests and she has now been warned for the same.

A White House official, speaking about niece Meena Harris, 36, on the condition of anonymity, talked to The Los Angeles Times. “Some things can’t be undone,” That being said: Behaviour needs to change,” the official said of the niece of VP Harris, whose ventures have reportedly become a sensitive issue in the newly formed Biden-Harris White House.

An official of the White House went as far as to say that under the rules of ethics, the book with the first name for her aunt, and a phenomenal “Vice President Aunty” written sweatshirt, was not authorised.

However, even after Meena has been told by federal lawyers about the new regulations, they still flew with a donor Biden on a private plane for the inauguration and, according to The LA Times, shared the trip with Instagram. Her online store also continues to tell sweatshirts printed with the viral quote “I’m speaking” — words spoken by her aunt during a debate with then-Vice-President Mike Pence.

Earlier Politico had reported that the Biden administration was “worried” about Meena Harris “following the spirit of the rules.” Meena Harris using her relationship with her aunt is not just to further business interests but also to further her political beliefs. Meena’s outburst on Twitter against the Government of India can spiral into a full-fledged diplomatic conflict.

Meena Harris whose designation is simply ‘Niece of the Vice President of the USA’ has often spat venom against the Indian government and especially against Prime Minister Narendra Modi with such verbosity that experts are claiming that she indirectly has the support of her aunt, who is pulling the strings from behind.

Moreover, she is so consumed with power that she constantly blocks people who do not adhere to her views on Twitter. For example, CEO and Founder of “The Frustrated Indian” Mr Atul Mishra was blocked by her for just one tweet, which read, “Niece of the U.S. Vice President” – What kind of a designation is this anyway?”

"Niece of the U.S. Vice President" – What kind of a designation is this anyway?

After this tweet, Meena Harris blocked him, after which he tweeted, “Got blocked by the niece of Vice President of The United States. My tweets hit the spot.”

Got blocked by the niece of Vice President of The United States. My tweets hit the spot 😉 pic.twitter.com/UeS0Aqa1Zv

Perhaps it was these childish antics of Meena Harris along with her using the VP’s name and likeness, aka unethical activities’ which spurred the White House into action and issuing a warning through their lawyers.