Cuomo was getting too big for Biden. Now his wings are being clipped so that he doesn’t become a challenger in the future 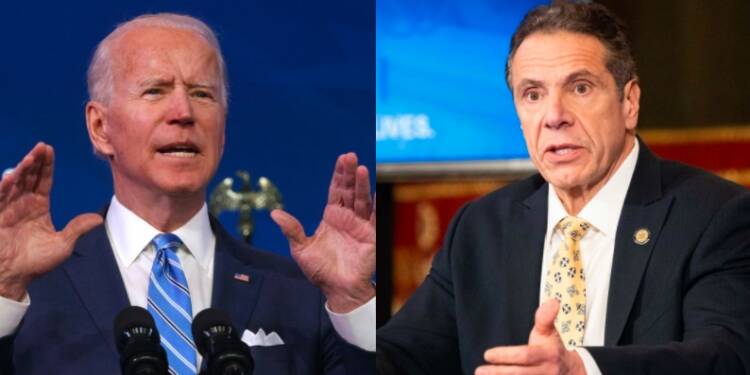 The crab mentality is human nature universally, and currently, it is best visible in the infight among the Democrats in the USA. New York Governor Andrew Cuomo, who suddenly topped the popularity charts of the US political spectrum, made the whole country believe that he was the only one who got the COVID-19 pandemic management right. The whole Democratic party and it’s subsidiary media organs like CNN and MSNBC were singing praises of the governor and projecting him as a messiah. However, with the Biden administration in power, and no utility of Mr Cuomo, his wings are being clipped by the Democrats and the same media houses.

Andrew Cuomo was becoming a threat to the Biden-Harris administration, as the PR surrounding him was so strong that even though he failed miserably, he was hailed as the only elected representative who got things right. The sycophancy surrounding how the New York Governor handled reached an epitome when he wrote a whole book, “American Crisis: Leadership Lessons from the COVID-19 Pandemic.”

However, it was all a gimmick, given the elections were nearing and the whole PR was focused on turning Donald Trump into the evil that has brought the crisis upon the USA. However, with the Biden administration not able to handle things, Andrew Cuomo is becoming a threat. Thus, the Democrats and the left-liberal machinery have been tasked to character assassinate Mr Cuomo.

At a time when the pandemic was peaking in New York and the focus of the media should have been on critically analysing the pandemic management, they kept on piling praises and glorified Cuomo’s COVID-19 response. But, now with the latest revelations, the Democrats and their loyal media houses are throwing Cuomo under the bus.

Now, New York State Democrats lashed out at Gov. Andrew Cuomo Monday following a press conference in which he made a disputed claim about his administration’s handling of requests for data on COVID-19-related deaths at nursing homes. While Cuomo was trying to defend himself expecting Democrats will back him, he got an unpleasant surprise.

Cuomo said any disconnect between his office and state lawmakers was the result of a “breakdown in communication between the staff and members of the legislature.” But several Democratic lawmakers, including New York State Sen. Jessica Ramos, denied that Cuomo’s office ever informed them of its decision. “Trash. No one believes you,” Ramos wrote on Twitter.

Trash. No one believes you. https://t.co/XrVngU5pe6

New York Attorney General Letitia James said in late January that an investigation by her office revealed that Cuomo’s administration had undercounted the COVID-19 death toll linked to nursing homes by as much as 50%.

A bombshell the media don't want you to see!

A top aide to Andrew Cuomo reportedly admitted they hid the actual amount of COVID nursing home deaths out of fear from the Trump administration. pic.twitter.com/pDHF04ntO4

As per the New York Post, Gov. Andrew Cuomo’s top aide privately apologised to Democratic lawmakers for withholding the state’s nursing home death toll from COVID-19 — telling them “we froze” out of fear that the true numbers would “be used against us” by federal prosecutors. The sudden change in tone of the Democrats and them distancing themselves from Andrew Cuomo signals that his utility has ended with the victory of Joe Biden, and now he can be disposed of as he is a nobody.

While all the things that are coming out are entirely true, but what is questionable is the timing of everything. Why were these things hidden till the elections? And why did they come out only after Biden was solidified in the shoes of President? The answer is simple, Deep State needs to be in control, and whoever is propped up and whoever is taken out of public view, depends on the interests of the Deep State. If someone becomes too big for them to handle, it is made sure they are taken care of.