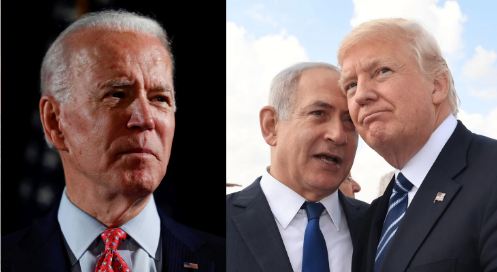 The coming Saturday will mark one month of Joe Biden’s inauguration as the 46th President of the USA. However, since assuming the chair in the Oval Office of the White House, President Biden is yet to reach out to the country’s ally Israel and its leader Prime Minister Benjamin Netanyahu. The incommunicado between the US and Israel comes at a time when the former is actively engaging with Iran and simultaneously restoring aids to pro-Palestine groups.

While the initial hesitation of communication with Israel was dubbed on Biden’s yet to be devised ‘Middle East policy’ but going by the media reports swirling around, it appears that the Democrats are scheming a plot to ensure that Benjamin Netanyahu does not get re-elected in the upcoming elections, just because he hugged former President Donald Trump and had an excellent personal camaraderie with him.

“Netanyahu has deeply offended [Speaker of the House Nancy] Pelosi and alienated many Democratic members of Congress when he chose to align as closely with Trump and sought to undermine [former U.S. President Barack] Obama,” said one Democratic lawmaker.

Let the fact sink in – just because Nancy Pelosi got offended by an elected leader of a sovereign state, the entire bilateral relations have been subjected. Such is the animosity regarding Trump-Netanyahu relations that Democrats are unwilling to work with the Israeli PM.

Trump attempted to transform the US-Israel relationship into a personal one, notes a former Obama administration official: “We really shouldn’t personalize it, it’s quite dangerous. And it never should have been this way, it shouldn’t have been personal with Netanyahu and Obama either. It should be about our two countries.”

If septuagenarian Biden is thinking that Netanyahu is bowing out in the upcoming elections scheduled to be held in March so that he can start with a clean slate with a new leader then the US President may be in for a surprise.

The opposition could not remove Netanyahu when he was at his lowest. However, since the last elections, things have changed dramatically. Netanyahu has managed to reinvent the wheel by forging peaceful relations with most Arab nations. The country has managed to keep the COVID-19 pandemic in check under Netanyahu’s leadership. Moreover, Israel leads the world in terms of the number of doses per head of population, with more than 74 doses given for every 100 people.

Add all this and you get a picture that Netanyahu is quietly winning the popular sentiment as well as the votes. Therefore, Biden’s gamble of waiting for a new state head may backfire spectacularly as Jerusalem is running thin on patience.

Read more: The shameful treatment of Israel by the United States will leave it isolated again. And that’s grossly unfair

Moreover, the relations between the two countries have gone into a downward spiral ever since Biden started talking about revoking the 2015 Iran Nuclear Deal. Biden’s soft spot for Iran can also be gauged by the fact that he had appointed Robert Malley as the US special envoy to Iran. Malley was the White House Coordinator for the Middle East, North Africa, and the Gulf region under former President Barack Obama and had helped negotiate the strategically farce 2015 nuclear deal.

Read more: The cost of one phone call that did not happen: Millions of dollars. Biden’s shunning of Israel is a costly mistake

Furthermore, Joe Biden’s decision to restore aids to pro-Palestine groups certainly did not go down well with Netanyahu. But all of this could have been a ‘water under the bridge’ moment if Biden had shown some spine and rung up the Israeli leader.

Instead, the Democrat leader is taking a path that is doomed to bring misery between the relations of the two states and simultaneously undo all the good work done by the Trump-Netanyahu administration.