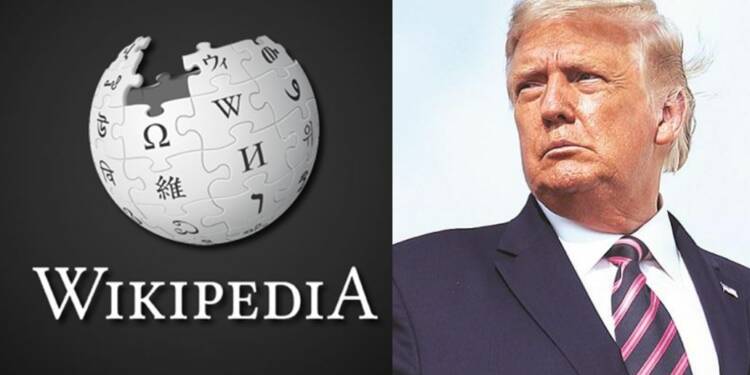 Big Tech has been under scrutiny for its left-leaning agenda, their actions have been condemned around the world. But there’s one major techno giant that skips away from the spotlight. Wikipedia, the world’s biggest and largest free access information is the hub of all left-leaning political agendas and it does more damage politically than all of the others combined.

Since the former US President was banned from several social media sites and his accounts blocked by Big Tech giants like Twitter and Facebook, there has been a lot of backlash against these internet companies. But one major website that deceives the spotlight is Wikipedia. Wikipedia has lost its neutral point of view. Its articles have been found to be more left-leaning with a clear political ideology infused within them. While the biases of Big Tech are under intense scrutiny, Wikipedia seems to have avoided being held responsible.

According to Wikipedia co-founder Larry Sanger Wikipedia’s NPOV (neutral point of view) is dead. In a study conducted by Shane Greenstein and Fang Zhu Tu in 2018, they found that Wikipedia articles are more politically biased than those in Encyclopaedia Britannica and slanted towards leftist points of view.

The major point of concern over Wikipedia’s bias is the widespread reliance on the platform all around the world for or scientific and non-scientific information. Wikipedia is the sixth most visited website in the world.

The most remarkable bias could be seen on Wikipedia’s page on Donald Trump. The page starts with the local background and straight away goes on to declare his policies as outrightly objectionable and also so alleges that Trump made many false and misleading statements. The introduction is full of Trump’s impeachment trials, alleged collusion with Russia, a Democrat talking point without much substance and which was later revealed in the papers classified by Trump, to be false.

Wikipedia has many internal rules to prevent inaccurate or partial knowledge from spreading. One policy called “Verifiability” notes that any material on Wikipedia should be built on “reliable, autonomous, well-published sources with a reputation for fact-checks and accuracy.” Another policy, called “Neutral Point of View.”

This does not necessarily mean giving equal validity to all views: for example, the most reliable sources that discuss creationism describe it as a non-scientific point of view, so NPOV policy requires Wikipedia to present it in the same way.

Moreover, right-wing media websites have been blacklisted by the ‘Free Encyclopaedia’ so that they cannot be used to provide a reference in Wikipedia’s articles. India’s top right-wing media outlet TFI Post has also been banned among others by Wikipedia. It has been done so that Wikipedia could protect its leftist narrative.

In the absence of right-wing portals, since they cannot be cited as sources, the left-liberal nature of Wikipedia remains intact and unchallenged, while the stories that dent their narrative are filtered out and literally deleted from people’s memory in the long run.

Wikipedia’s left-leaning antics have been covered before, but as Wikipedia keeps going scot free almost every time, it should scare the people who do believe in freedom of speech and seek untampered information. Wikipedia is the largest ‘public’ encyclopaedia, but its articles and political biases do not exude political neutrality.