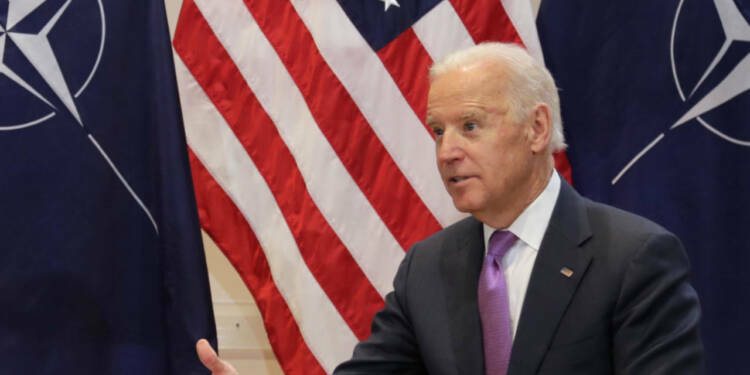 The Biden Administration is that pandora’s box which no ally of the US wanted to see open. However, as the administration’s policies are becoming clearer, the allies of the US are in panic while its opponents are rejoicing. The foreign policy approach of the USA under Joe Biden has reopened many flashpoints, be it Eastern Europe, Middle East or Gulf region. The sudden escalation in the Russia-Ukraine ties and the situation in Yemen, as well as the militarization of Norway, are the best examples for the same.

In the recent development, more than 100 were killed in 48 hours of fierce clashes in Yemen as government troops battled fighters of the Iran-backed Houthi militia for control of the key province of Marib, according to a Yemen army spokesman. While this is going on in the Gulf region, the Ukrain-Russia confrontation is also at an all-time high. On 2nd February, Ukrainian President Volodymyr Zelensky signed sanctions that immediately blocked three pro-Russian television stations from operating in Ukraine.

The USA under Trump administration had clarified as part of its policy decision that the new arena was Indo-Pacific and the new adversary was China. This brought a sane realisation to the Eastern European countries and Russia that they need to normalise things and accept the status quo while recognising the Russian influence in the region. However, with the coming of the Biden administration, all those policy priorities have been put on hold and are even being undone. Biden’s increased interest in NATO and Europe has re-energised the conflicts of the region.

The USA is heating things up vis-a-vis Russia and it is deploying long-range B-1 bombers to Norway to train in the strategically important High North in a new show of force unseen in the region since the Cold War. This comes at a time when the Europe of today is trying to move away from old tropes and the shackles of toeing the US foreign policy. However, by escalating matters with Russia, Biden is trying to raise the stakes for Germany to dilute NATO and work with Russia.

Read more: Biden is trying to create a cold war kind of a situation with Russia to keep Germany in check and NATO from falling out.

All these issues have been re-ignited again, and the dangerous fact is that it has not been even a month since the Biden administration has taken over. Imagine how worse the world relations and affairs will turn out as Washington keeps its allies and adversaries both confused with its duplicities.

Now as the Middle Eastern allies of the USA fear an emboldened Houthis, they are making counter-attacks as part of a preventive offensive. Since the Houthis are sure to be emboldened and strengthened given the removal of US sanctions. The Saudis and other Gulf allies are trying to gain a strategic offensive high table before the removal of sanctions takes effect.

On the other hand, with the Biden administration getting itself focused on the Russians, the Eastern European countries seem emboldened to take on Russia. The actions by Ukraine, are starting a compounding effect of escalations. Ukraine had earlier banned coronavirus vaccines produced by rival Russia despite struggles to launch its vaccination campaign. These actions have a reactionary effect in Russia too, where the calls for integrating occupied Eastern Ukrain have been gaining traction.

All of these issues and developments are only a few of much other brewing underground and as the Biden administration keeps up with its sad foreign policy approach, it will lead to a more fragmented and more torn apart world than it already is.

Cuomo was getting too big for Biden. Now his wings are being clipped so that he doesn’t become a challenger in the future