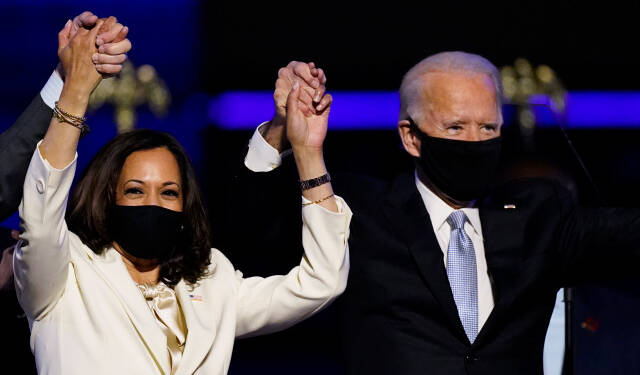 There had been whimsical apparitions that Biden is a ‘transitionary President’. A statement was made along the lines by Biden himself. It seems Biden is holding true to his words as Kamala Harris has already started taking calls on behalf of the US President.

In a very unexpected turn of events, when US President Joe Biden was taking a break at Camp David to play video games with his grandchildren, his VP, Kamala Harris, phoned France’s President to address bilateral relations.

According to the White House’s reading of Monday’s call, Harris and French President, Emmanuel Macron “agreed on the need for close bilateral and multilateral cooperation to address COVID-19, climate change and support democracy at home and around the world,” as well as regional problems such as the Middle East and Africa, “and the need to address them together.”

Although it is very common for vice-presidents to engage in calls made by US presidents to other world leaders, it is rare for them to make calls on their own. This is at least the second time that Harris has done so far. On February 1, she phoned Canadian PM Justin Trudeau to recall her high school years in Montreal, but also to discuss “diversity, [Covid-19], climate change and other issues.”

Pressing on the issue former acting director of national intelligence and Trump’s envoy to Germany and the Balkans Richard Grenell tweeted, “Her tutor sessions with the Secretary of State must be working fast….”

Her tutor sessions with the Secretary of State must be working fast…. https://t.co/dj8aPu4Wx3

The oldest person ever to be sworn in as US President is Biden, 78. Harris, 56, is commonly thought to be waiting for the top job in the wings. The President himself said that he was a “transitional candidate,” referring to the presidency as a “Biden-Harris administration” and even joked – maybe – that if he had ever deeply disagreed with her on a moral principle, he would “develop a disease and say I have to resign.”

While it has been the narrative in the mainstream media that Biden is resting at Camp David, but just a month into the office, is he already feeling the workload pressure that comes from being the President? Donald Trump walked down a steep ramp slowly and the left media had doctors diagnosing him mentally unfit. But he never shied away from work. He was a night owl and an early bird who almost always got the worm.

Biden is far from being physically fit. At 78, he has had bouts of gibberishness, lack of comprehension and well most of the times, seems sedated to acknowledge or conjure any thoughts.

Meanwhile, during the Democratic party campaign, major differences had arisen between the current VP and the President. Harris had criticized Biden and has expressed genuine anguish over Biden’s remarks on working with Southern Senators, moreover, she had also raised several issues which included school busing. She excoriated Joe Biden for his opposition to mandatory busing to achieve school desegregation.

The phone call would not have been unusual had Biden been present in the White House, but the fact is, he wasn’t there. Just a month in and Biden is showing signs of fatigue and is already conceding too much territory and giving away too much responsibility to his Vice President. It seems like he knows he is not fit to be the President and the Vice President is being trained for the top job in the near future.

If that is the case, then Biden and the Democrats have actually done a disservice to the American voters who voted for Biden and had chosen him as President and not Kamala Harris.