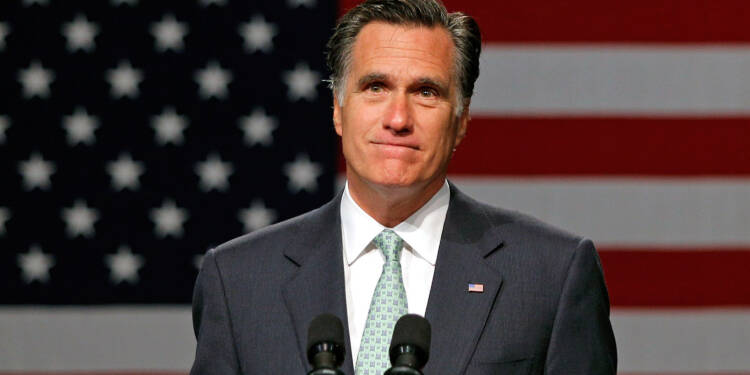 Trump has many enemies all across the United States of America. The list of haters is pretty long. Mainstream media, Big Tech, Democrats and the Deep State, all don’t like him. But the former US President also has enemies within his own party. Take, for instance, Mitt Romney, the Republican leader who hates Trump bitterly and practically ends up functioning as a man of the Democrats within the Grand Old Party (GOP).

Simply put, the GOP has been going too soft on Romney. He keeps scheming on how to bring down Trump and also helps Democrats attack the former US President. He is the only Republican to have voted against Trump in both his impeachment trials. But now that Trump is firmly in control of affairs, Republicans need to introspect and ensure that Romney’s time within the GOP is up. Otherwise, the Republican party could easily head for a split.

For his Presidential ambitions, Mitt Romney doesn’t let the GOP function in unison. Take the recent impeachment vote, for example. Senators  Mitt Romney and Mike Lee cast opposite votes during the recent impeachment trial against Trump. Lee voted in Trump’s favour, whereas Romney voted in favor of the former US President’s conviction. The Utah Republican Party released a statement accepting the opposite votes cast by Lee and Romney.

But this is where the Republicans may be going wrong. The unanimity of opinion doesn’t have to be enforced but what Romney is doing on issues as fundamental as Trump’s impeachment trial is simply not acceptable, especially in the face of a united Democratic Party. The majority of Republicans understand that Trump is the most popular GOP leader and perhaps their only bid to remain relevant in American politics.

In fact, even within the GOP, Trump is almost an undisputed leader. As per a CNBC survey conducted days before Trump’s impeachment trial, 74 per cent of Republicans want the former US President to remain active in some way and as many as 48 per cent of Republicans want him to head the GOP. The new Morning Consult findings show Trump’s favorability rating among Republicans was at 81 percent immediately after the trial and that 54% of Republicans would back him if he were in a hypothetical 2024 Presidential election. Now, when Trump is supposed to be leading the party, Republicans simply cannot let a man, who cannot help but find ways for bringing down the former US President, continue in the party.

Ultimately, Mitt Romney’s habit of plotting and scheming against Trump can leave the former US President miffed. Till now, Trump hasn’t spoken much about Romney, but we do know that he would fancy having the Utah Senator dumped.

Trump however hit back at McConnell and exhorted Republican Senators to dump McConnell as their Senate leader. The former US President said, “The Republican Party can never again be respected or strong with political ‘leaders’ like Sen. Mitch McConnell at its helm.”

Now, Trump may be even more upset with Romney’s tirades given reports about polls showing that the Utah Senator is on the radar as a 2024 Republican Presidential candidate.

Trump has come out looking stronger and bigger after getting acquitted in his impeachment trial. Trump’s enemies have failed in getting him eliminated and now the former US President is firmly in control of the GOP with an eye on the 2024 US Presidential polls. Yet, the way Mitt Romney is going can be dangerous for the GOP.

Trump is extremely confident. In the past, there have been reports about Trump’s plans to find a new political party called the Patriot Party. If Trump finds a new party, it will gain instant popularity and the Republican party may slip to the third spot in the American political context. And this is why the Republicans need to be wary of Romney’s conspiracies against the former US President.

At the end of the day, it is the Republicans who need Trump, and Trump himself doesn’t need the Republican party.  So, it is for the GOP to crack down upon those plotting against the former US President. The GOP must get rid of Romney who is a man of the Democrats, if the Republicans want to avoid a bitter split in the near future.