Los Angeles County DA resigns from California’s DA association to combat racism, turns out he was not even a member of it 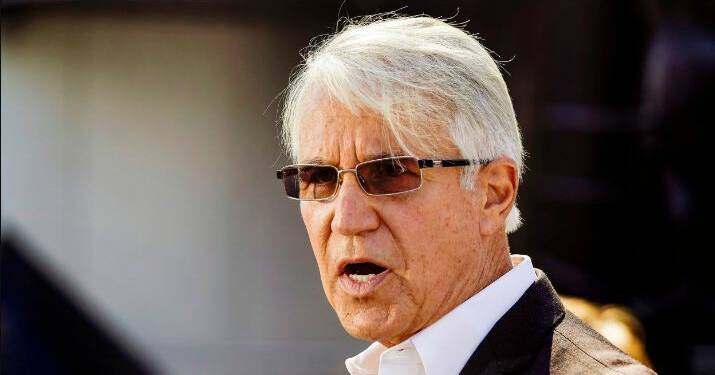 George Gascon, who was recently elected as the DA, resigned from the CDAA saying the group’s all-white board indicates the group has failed to keep pace with changing times. But there’s a huge catch, it turns out Gascon hasn’t been a member of the group for several years and is fighting a lawsuit against the group over his criminal justice reforms.

In a statement released by Gascon, he said, “CDAA continues to be a member organization solely for those willing to toe the ‘tough on crime’ line, For the rest of us, it is a place that fails to support us, our communities, or the pursuit of justice.”

He further said, “The absence of a single person of colour on CDAA’s 17-member board is blinding,” mentioning further, “This is the leadership that sets the direction for an organization of elected prosecutors, all of whom disproportionately prosecute communities of colour at a time when the nation is facing a reckoning over systemic racism, and in a state with a plurality of minorities no less.”

Gascon even accused the DA’s group of having “lost touch with the public.”

But as it turns out with every left-liberal cause, even this turned out to be a publicity stunt. Vern Pierson, the El Dorado County District Attorney and President of the CDAA, fired back on Gascon’s accusations and the resignation. Pierson said, “Mr. Gascon cannot resign because he has not been a member of CDAA since October 2019 when he quit his job as DA of San Francisco.”

On claims of racism, he added, “On the ethnicity issue, his remarks are disingenuous, as he ran against the first sitting Los Angeles District Attorney who was both a woman and an African American. Incidentally, she was a CDAA board officer and in line to become president. Shootings and other violent crimes are skyrocketing in LA. This appears to be a publicity stunt to divert attention from his favouring criminals at the expense of victims and growing calls for his recall.”

Throughout his career, George Gascon has lobbied for sentence diminutions. He had been lobbying against sentence enhancements against repeat offenders under LA’s Three Strikes Law when his own Deputy DAs in Los Angeles County sued him for upending the law. They had alleged that Gascon was coercing them to forgo sentencing enhancements which was a violation of the state law. A judge also temporarily suspended Gascon’s efforts to do away with the sentencing enhancements.

Favouring criminals is one of Gascon’s favourite hobbies. During Gascon’s time as District Attorney, property crime increased by 49%. Some of Gascon’s critics have blamed this increase on his office’s reluctance to file charges against low-level offenders. Having worked with Gascon, San Francisco Mayor London Breed and City Attorney Dennis Herrera declined to endorse him in his bid to become the District Attorney of Los Angeles County.

Gascon’s agenda is one that finds its place with the Left. George Floyd’s death was a tragic incident, but the Left’s mechanism was fully functioning under the garb of the outrageously violent BLM-Antifa protests. Their unnecessary initiative to ‘defund the police’ left Minneapolis with decreased manpower to combat crime, which skyrocketed the crime rates in the city. The City Council recently retracted their steps and have started refunding the police department.

The wheels are turning in the ‘right’ direction again and Gascon’s attempt to distract from his shortcomings using the racial argument is an old libertarian tactic. He and his brethren of the BLM-Antifa groups were wrong and now they are being found out.