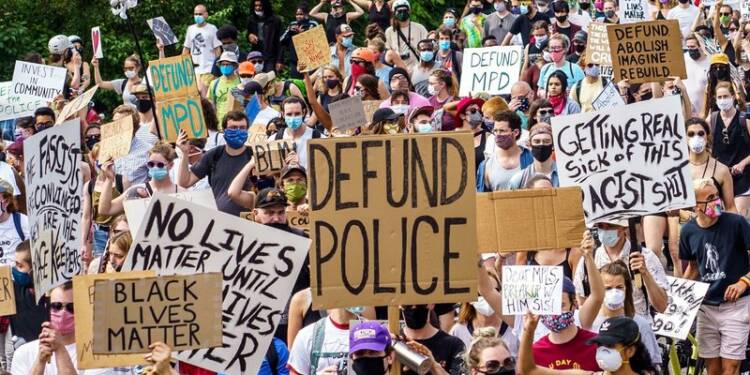 In May 2020, the death of George Floyd incited violent racial protests throughout the United States. Minneapolis became the centre of the protests and protesters and legislators alike pushed for dismantling and defunding of the city’s police department. It later seemed that people were not able to live without the police and now the City Council has started ‘refunding’ the police.

Minnesota Representative Ilhan Omar and other Democrats had been pushing for an unnecessary ‘defund the police’ initiative. The cause was the tragic death of George Floyd under police custody. The Democrats, however, instead of resolving the issue, explicitly incited violence under the cover of BLM protests. So, why is the City council now refunding the police? Apparently, there are not enough police personnel to protect the citizens from the criminal elements.

On Friday, the city council unanimously voted to approve an additional $6.4 million for funding requested by the police. The department reports that it has only 638 officers on staff — about 200 fewer than standard. After Floyd’s death and the subsequent crises, an unprecedented number of officers resigned or went on an extended medical leave.

Minneapolis City Council in December, seeking to deliver on a pledge for reform after the death of George Floyd in May, had voted to redirect nearly $8 million from the police budget to other programmes, despite concerns about record crime rates in the city.

This makes it clear that the people never wanted the police to be defunded. It was not even the protests and the unrest over Floyd’s death that led to the defunding of the police department. It was the lack of political support for police and the outright hostility to their continuing presence by the city council which was led by none other than Democrat Rep. Illhan Omar.

Ilhan Omar supported calls to defund and dismantle the Minneapolis Police Department. At the time she had said, “You can’t really reform a department that is rotten to the root, what you can do is rebuild.” She accused the police of enforcing the most dangerous crimes in the city and the community.

Their “abolish the police” crusade forced the departure of experienced police officers and all but killed the Minneapolis Police Department’s recruiting efforts to find even a normal replacement level. The city became a crime haven and crime rates went through the roof.

Thus, the city council has been forced to backtrack. It’s very simple to understand, the Antifa-BLM protestors pushed for the defund, and the city council towing the left agenda did just that. As a consequence, the crime rates went up and normal citizens begged the city council for police officers, and life came a full circle as the police were refunded.