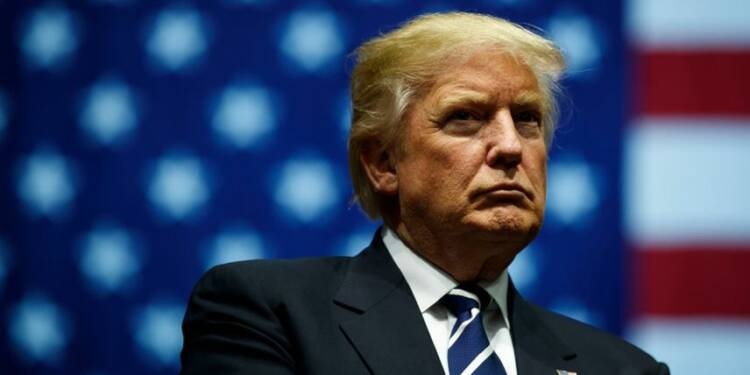 Joe Biden has been asserting that the United States of America must begin healing as soon as possible, because in the minds of Democrats and liberals – the U.S. has been hurting for the past four years with President Donald Trump at the helm of affairs. In pursuance of the Democrats’ strategy of healing the nation, House legislators from the ruling Democratic party have now brought in a number of bills to denigrate Donald Trump. The Democrats, who should be focussed on rebuilding America’s economy, creating jobs and helping small businesses, while combatting the pandemic, are instead focussed on ensuring that Donald Trump does not receive a state funeral.

House Democrats are almost entirely focussed on erasing Donald Trump’s memory from the United States. As such, they are legislating to ensure that the former President is not allowed to enter the U.S. Capitol ever again, and that federal funds or land is not used to commemorate the 45th President. Rep. Linda Sanchez, D-Calif also introduced a bill last month that would prevent twice-impeached former presidents from being buried at Arlington National Cemetery besides other Presidents.

The so-called “No Glory for Hate Act” would also bar the federal government from naming any monuments or buildings after Trump. That includes barring federal funds from going toward building a dedicated “highway, park, subway, federal building, military installation, street, or other federal property” as well as preventing ‘that’ president’s burial at Arlington National Cemetery. The bills are also aimed at stripping off pension, assistant and office rights for any President who has been “impeached twice”.

Interestingly, only President Donald Trump has been impeached twice by the House of Representatives in the history of America, purely due to sycophant-like hate which is harboured by Democrats for the man. On both occasions, Trump was acquitted by the Senate, leading to the impeachment failing spectacularly. However, that has not stopped Democrats from stooping to the lowest levels possible, and even denying burial rights to the former President – all while he is still alive!

The bill’s sponsor, California Democratic Rep. Linda Sanchez, said that Trump’s rhetoric “encouraging racism” was behind the introduction of the legislation. She remarked, “A president who has been impeached twice does not deserve the honours bestowed on a former president,” and added, “We should never glorify the hatred Donald Trump personified as President. This bill ensures that there is no glory for hate — not a building, statue, or even a park bench.”

Read more: After losing face in the phony impeachment trial, Democrats are trying to bury Trump in legal cases

At a time when Americans are dying of a pandemic that fails to relent, jobs are being destroyed, allies are increasingly being alienated, all that Democrats are concerned about is Donald Trump. The energies of Joe Biden’s coterie are, in totality, focussed on making life miserable for Donald Trump. That the former President has buildings named after him all over the world is a separate matter altogether, and perhaps the main cause for lowly-Democrats hating him out of jealousy. After having lost the impeachment trial, Democrats are also trying to entangle Trump in a flurry of phony cases – with the hope of making him give up the idea of running for President again in 2024.

But jealousy for Trump’s flourishing private enterprise is not entirely at the heart of Democrats’ hatred for the man. Donald Trump was a glorious president, with a dedicated administration that did not work to suck up to the American deep state. Trump is the only President in recent history to not start a fresh war in some corner of the world. As a matter of fact, he brought lasting peace to the Middle East – a region torn by religious and theological strife, not to mention historically U.S.-initiated wars. Trump put ‘America First’, and worked to make lives better for people within the United States. He also worked wonders to secure his country from the threat of China and Iran. In the Indo-Pacific, the man-made China a non-issue during his regime, while the paper dragon could do nothing but mutely spectate. For making the deep state and American war-mongers irrelevant and jobless, Democrats hate him. What is now happening is simply a manifestation of that hate against a man who is a patriot.