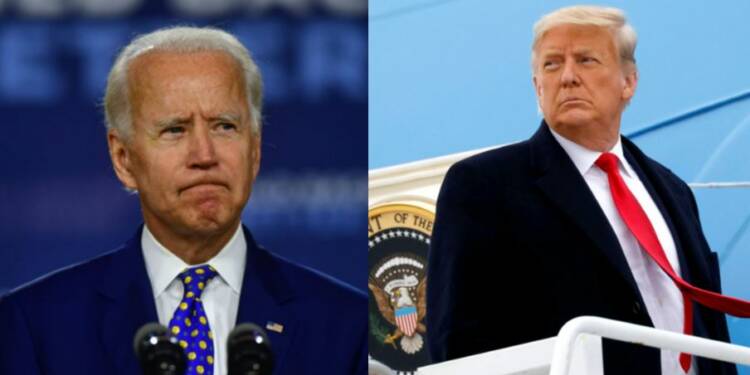 After a serious loss of face in the Senate impeachment trial, in which former President Donald Trump was acquitted of ‘incitement of insurrection’ charges, Democrats have now taken to suing Trump in federal courts. The charges, you may ask? Well, they are multiple, ranging from the former President inciting an ‘insurrection’ to him denying Black Americans the right to vote. Such brazen accusations have begun flying after the Democrats suffered a major defeat in the Senate during Trump’s impeachment trial, in which they, despite their wholehearted efforts, failed to secure a two-thirds vote to have the former President convicted.

Trump’s own colleagues, apart from President Joe Biden, of course, are providing tacit support for legal cases to be filed against the former President. It was only but expected for Democrats and rival Republicans to hound Trump after his Presidency was over.

However, what is really striking in the endeavours of such individuals is the abject lack of merit and substance in their arguments. For the Senate impeachment trial, for example, the Democrats simply failed to build a solid case against Donald Trump. They were unprepared, had no witnesses, and even tampered with so-called evidence against Trump to make their case stronger.

Having failed in Congress, Democrats are facing questions from the people they sold false hopes to. So, instead of admitting that they have lost the plot, they have begun filing a flurry of cases against Donald Trump. Rep. Bennie Thompson (D-Miss.) and the National Association for the Advancement of Coloured People (NAACP)  sued former President Donald Trump, his attorney Rudy Giuliani and the conservative groups Proud Boys and Oath Keepers on Tuesday over their alleged role in the January 6 attack on the U.S. Capitol building, according to Forbes. The lawsuit accuses Trump of sharing a common goal of stopping the Biden win from being certified by Congress. The Democrat claimed that the plaintiffs “acted in concert to incite and then carry out a riot at the Capitol.”

Read more: Did Nancy Pelosi have information about a possible siege at the Capitol Hill and still chose to stay mum for political benefits?

In another case also filed by the NAACP, Trump and the Republican National Committee have been accused of conspiring to violate the rights of Black voters. The new lawsuit accused the former President and Republican Party officials of deliberately focusing their post-election challenges on cities with large Black populations. Interestingly, all lawsuits against Trump are being filed under purported violations of the Ku Klux Clan Act.

The filing of such phony cases by Democrats and their stooge-like front organisations against Trump is a mere face-saving attempt to salvage the image of the ruling party, in face of their embarrassing loss in the Senate impeachment trial. Such lawsuits are also aimed at hounding Donald Trump for the next four years, and keeping him occupied in legal battles so that he does not end up running for the White House in 2024. That plan, however, has already fallen flat on the face.

Donald Trump, soon after the acquittal by the Senate, said, “Our historic, patriotic and beautiful movement to Make America Great Again has only just begun…In the months ahead, I have much to share with you, and I look forward to continuing our incredible journey together to achieve American greatness for all of our people. We have so much work ahead of us, and soon we will emerge with a vision for a bright, radiant, and limitless American future.” This makes it clear that Trump will most definitely run for President again in 2024.

And why should he not? Donald Trump has incredible survival skills, and with the latest offensive being mounted by Democrats in the form of phony lawsuits, the former President will emerge even stronger. The more Democrats attack Trump, the more he will grow in stature and popularity.

The Democrats want to keep the memories of Capitol Hill violence alive for the next four years. Simultaneously, they seek to tarnish Trump’s image to an extent that holding any public office becomes a no-brainer for him. However, that is precisely what the Democrats are doing wrong. They are giving Donald Trump free publicity, and support for the man is swelling on-ground.

Trump has tremendous support from the peopl and his Republican Party peers know it too. According to a Morning Consult-Politico poll released on Tuesday, more than half of Republican voters would still support Donald Trump in a Republican primary runoff if he were to run for president again. 54 percent of Republican respondents said they would vote for Trump in a hypothetical GOP primary in a survey taken just after the end of his second impeachment trial, an 18-point jump from last month.

Within a month of Trump leaving office, ground support for him is swelling. The next elections are due for 2024, which gives him enough time to score a landslide victory, especially when aided by phony trials and lawsuits of Democrats.