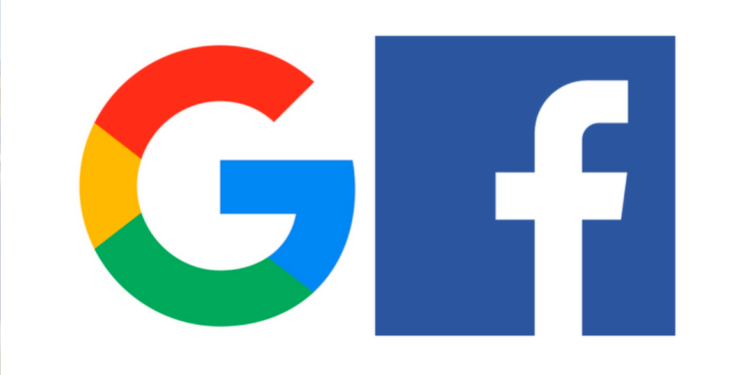 Big Tech companies like Google and Facebook have dominated the world for long. What the world needs now is a new ‘Ad-Tech platform’. Let’s say, you have a fancy restaurant in a posh location in a Tier-1 city. How will you get your customers?

1. Some will come to your restaurant because they are hungry.

2. Some will come to your restaurant because someone told them that it’s good.

3. Some will become regular customers and will keep frequenting the restaurant.

4. And sometimes, you put up huge billboards to attract potential customers.

The first case represents an immediate need for consumption, the second is word-of-mouth publicity, the third represents your brand value, and the fourth represents Ads/Marketing.

If someone develops a system that sends most hungry customers your way, keeps you in people’s good books, assigns high worth to your restaurant and finally suggests even the non-hungry ones to at least try once, your restaurant’s cash box is going to explode.

But that’s too good to be true, right? Wrong. Because a company did create a system like that, and that company’s name is Google.

So, where does Google earn its massive revenues from?

Answer: Just a small little chunk of its revenues comes from the aforementioned avenues. Google earns almost everything from ads.

Almost all of Google’s 162-billion-dollar revenue in 2019 came from Google Ads. That kind of money is almost unheard of by doing something as simple as buying and selling ads.

Its massive revenues give Google the power to prioritise content. So, if you think you see what you want to see after keying-in a search keyword, you are mistaken. You are seeing what Google wants you to see. Google’s search algorithm defies common SEO practices. It displays the publishers who bought top spots first, followed by those it thinks are worthy of being on the coveted first page. No wonder leftist sites and blogs dominate Google search.

So, ads give Google the power to make you see what they want you to see while amassing huge revenues. That’s right, no matter what the customer wants to eat, he is sent to the same restaurant or restaurants repeatedly.

Facebook joined the party late but quickly realised the gold-mine that the Ad-industry was. It soon came up with its ad-network called FAN or Facebook Audience Network. Everyone in the Facebook Universe is consuming ads that masquerade as content. Check the second post on your FB Timeline right now.

What did you see? That’s right. An Advert. Now let Data do the talking – In the fourth quarter of 2020, Facebook’s total advertising revenue amounted to 27.19 billion U.S. dollars. Other revenue streams generated a paltry 885 million U.S. dollars in revenues. Just like Google, FB prioritises content as well. And the logic is almost the same.

Facebook too displays the publishers who bought top spots first followed by those it thinks are worthy of being on the coveted ‘timeline’. Also, no wonder leftist sites and blogs dominate Facebook timelines. Twitter and Amazon are working on similar platforms.

So online ads run by physical businesses give Facebook and Google the power to make their worldview, your worldview and that brings me to a unique argument. The world doesn’t need another Facebook or Twitter or Amazon or Google. It needs another advertisement platform that simply plugs ads into websites and videos based on simple rules of biddings.

As a hypothetical example, let’s say someone starts Bhartiya Ads (I am giving a startup idea for free). And I confine my universe to all businesses operating in Sector-18 Noida. From a jewellery shop to a local sweet shop, business owners can select their target websites from a pool of websites on the Bhartiya Ads backend. The websites can be categorised based on page views, audience demographics, and other parameters.

Users come to the website, click the ads, and the brand visibility increases because of it. Often it leads to an actual purchase event. Based on the performance of their businesses, the business owners can choose to opt-out or increase or decrease their ad investments in Bhartiya Ads.

Bhartiya Ads charges a certain percentage of the ad CPMs (revenue per 1000 views of the ads) from the websites that publish the ads. Bhartiya Ads doesn’t have an agenda or an ideology of its own. It simply selects every advertiser and every publisher that comes its way. It then starts targeting all of Noida, then Delhi NCR, then North India, and eventually entire India.

The ads are cheaper than Google/FB ads and fetch more profits for publishers, leading to a mass exodus of publishers and advertisers from Google and Facebook. They will be hurt at their most vulnerable spots. Heads will roll. Departments will be shut down but more importantly, the big tech will be forced to rethink its strategy. They will be more approachable, pliable and their partisanship will have to go.

Thus, Bhartiya Ads is a must. Since it all boils down to revenues, India can only achieve absolute Aatmanirbharta (self-reliance) when it gets its own ad tech. But Bhartiya Ads will need data.

FB and google increase their ad efficiency by making the most of the data they harvest from users, which makes ad-targeting more and more accurate. This makes FB and Google attractive to businesses looking for a platform. Google gets its fuel (data) from Play Store, Chromecast, Chromebooks, Phones, Android, Google Apps, Google Cloud, etc, to generate revenue from specific, targeted and effective ads. So overall, India needs a whole ecosystem of apps, websites, search engines, browsers and others to extract such data for an unbeatable ad-tech platform.

It does sound like wishful thinking, I am sure, but it is not entirely impossible.