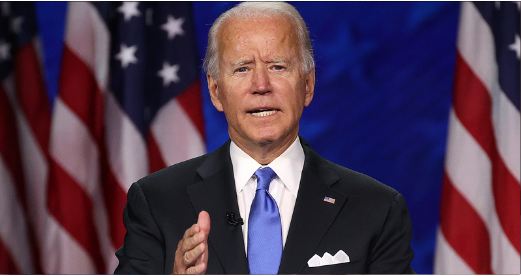 US President Joe Biden has achieved another milestone. He seems to be the first President in a long time who has lost the support of the people who voted for him within a month. As per the recent poll conducted by Rasmussen poll, among the US voter’s 54 per cent feel President Biden is a “puppet of the radical left.”

The result becomes all the starker by the fact that just forty per cent of voters disagree with the statement (so much for winning the popular vote). This proves the point that many analysts and political commentators were making, that is, the reason for the victory of Democrats was based on the fact that Joe Biden was considered the most centrist among a whole lot of extremist leftist Democrats.

“A new Rasmussen Reports national telephone and online survey found that 54% of Likely U.S. Voters say they agree with this statement: “Joe Biden’s not the moderate nice guy that they made him out to be. He’s a puppet of the radical left,” the summary notes. The realisation has dawned on the people a little late, and they have understood that while Joe Biden may not exactly be an extreme leftist, he is a puppet in the hand of those exact radical leftists.

The best example is Joe Biden’s stance on immigration. The Biden administration is facing a rapidly approaching April deadline to act. But moderate Democrats are looking to push through only popular immigration bills that are assured of bipartisan backing. The proposals that are likely to come up are legislation to pave way for granting citizenship to the undocumented group known as ‘Dreamers’ and immigrants from war-torn areas.

Yet, the plan is going to leave the radical left-wing group of Democrats unhappy, which has since long pushed for a comprehensive revamp of the immigration laws. They see Biden’s Presidency as their only shot at meeting impractical goals like defunding ICE and conferring citizenship upon undocumented immigrants.

This is the main lobby that is putting Biden under enormous pressure to introduce radical legislation for promoting immigration. And now ahead of the introduction of the bill, the White House, on Tuesday, reaffirmed that President Biden backs a plan to create a pathway to citizenship to at least 11 million illegal immigrants. This controversial far-left idea has left many Republicans and moderate Democrats rattled.

Read more: Shocking revelation about Biden’s immigration policy proves that he is just a puppet.

In addition to this, Joe Biden is also supporting the radical left comrades beyond the Pacific Ocean. He has indirectly played down the Chinese human rights violation in Xinjiang by calling it a mere cultural difference and an effort to unite China.

All of this has made the American population believe that Joe Biden is not fighting for the libertarian majority but the minority of radical leftists. This realisation will lead to the swing voters moving away from the Democrats and towards an alternative which the Republicans could very easily provide.