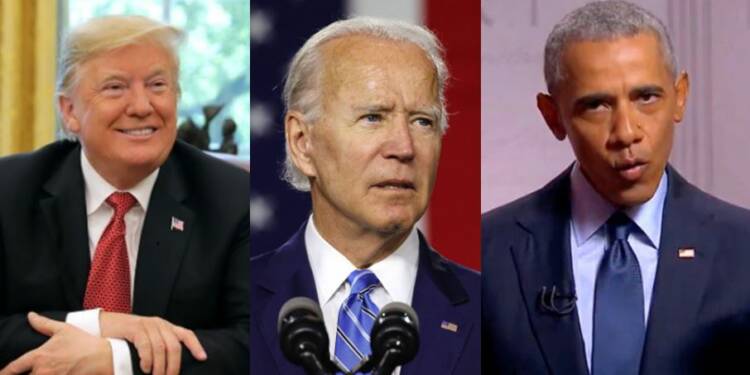 If the first month of Biden’s Presidency has revealed something, it is that he is desperate to revive the Joint Comprehensive Plan of Action (JCPOA) or the Iran nuclear deal. Biden is so obsessed with the deal and removing Trump-era sanctions that even Tehran understands what the deal means to him. Therefore, Iran keeps demanding more and more relief from the US President, even though its nuclear programme is very much alive and kicking.

Tehran is actually playing on the front foot and doesn’t seem scared of the US any longer. Iran has unilaterally taken away the right of observing live developments at its nuclear facilities from the  International Atomic Energy Agency (IAEA). Yet, Biden keeps pushing for a deal. For the US President, JCPOA is a political compulsion and in the process, he has ended up handing a strategic victory to the Shi’ite nation.

For any American President, it is nightmarish to let Iran dictate terms. It is a huge strategic defeat if Tehran starts blackmailing the US administration. Then, why is Biden giving away his plan to Iran? Why is he pushing the JCPOA so desperately? The fact remains that Biden’s Iran blunder is more of a political issue than a strategic plan.

Biden has a point to prove. He has to heal Obama’s bruised ego and spite Donald Trump. In fact, Biden’s Iran failure has more to do with Obama and Trump, than with Biden himself.

At the end of the day, the JCPOA was the brainchild of Biden’s former boss, Barack Obama. The then US President Obama used to hail JCPOA as a breakthrough in the US-Iran relations. In fact, he wanted the world to believe that the 2015 nuclear deal was a solid step towards denuclearisation of the Shi’ite nation.

In fact, in January 2016, Obama had gone as far as saying, “On January 16, 2016, the International Atomic Energy Agency verified that Iran has completed the necessary steps under the Iran deal that will ensure Iran’s nuclear program is and remains exclusively peaceful.” So, if Iran’s nuclear programme came out looking like anything less than “exclusively peaceful”, it would have been quite an embarrassment for Obama.

Yet, Trump came and unceremoniously dumped the JCPOA and dented Obama’s foreign policy legacy. While withdrawing from the JCPOA in 2018, he was able to expose what a spectacular failure that Obama’s JCPOA initiative was. Obama, on the other hand, failed to control and reshape the narrative.

In fact, Obama was deeply anguished when Trump stepped out of the Iran nuclear deal. He had then said, “I believe that the decision to put the JCPOA at risk without any Iranian violation of the deal is a serious mistake.”

Obama is very emotional about JCPOA. In a bid to vindicate himself, the former US President had even claimed, “The JCPOA is working – that is a view shared by our European allies, independent experts, and the current U.S. Secretary of Defense. The JCPOA is in America’s interest – it has significantly rolled back Iran’s nuclear program.”

Yet, Trump was able to rip apart the sanctions relief that Obama administration gifted to Tehran under the JCPOA. In January last year, Trump said, “Iran’s hostilities substantially increased after the foolish Iran nuclear deal was signed in 2013.” He added, “Instead of saying thank you to the United States, they chanted ‘death to America.’ ”

In fact, when tensions spiked between Iran and the US in January last year, Trump declared, “The missiles fired last night at us and our allies were paid for with the funds made available by the last administration.”

Now, Iran has been an important foreign policy issue for every American President ever since its Islamist regime started pursuing its nuclear ambitions. Naturally, Obama and his closest supporters also remain concerned about the fate of his Iran policy.

So, what Biden wants to do here is replace Trump’s “maximum pressure” policy. He wants to restore the status quo ante as it existed before Trump stepped out of the JCPOA. The idea is to impose Obama’s Iran policy upon the US. Somehow, Biden would want to project it as a victory for the US and make a hero out of Obama, all over again.

Reviving the JCPOA is disastrous for the US from a strategic point of view. It is going to embolden and empower Iran like never before. Yet, Biden has to do it for his former boss and to prove Trump wrong.

Ultimately, Biden will go down in history as a weak President. And as for the Iran nuclear deal, Biden isn’t doing it for himself. He is doing it for his former boss. The US President wants to revive the JCPOA for the deep state and the people who allowed him to become the President of the United States of America. Biden’s Iran policy is hurting the US and the US President is letting Iran win for purely political reasons.