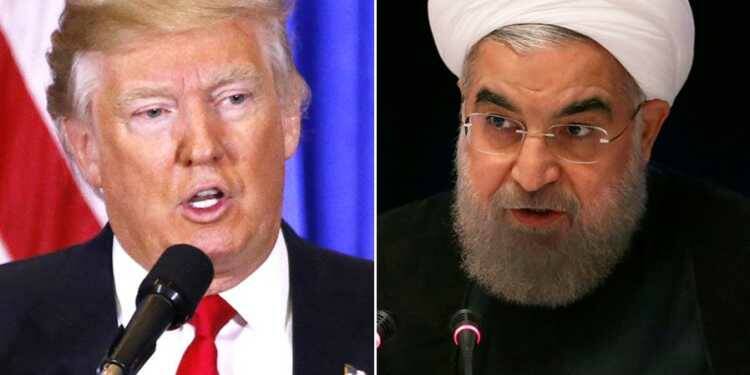 Ever since Biden started campaigning for the US Presidential polls, he kept claiming that Iran policy of Trump has failed. Biden, like any other Democrat, has been pushing to revive Obama’s brainchild- 2015 Joint  Comprehensive Plan of Action (JCPOA), or what is more commonly known as the Iran nuclear deal. The Democrat propaganda has been that Trump’s ‘maximum pressure’ policy against Iran has failed and that Biden’s negotiations with Tehran would succeed.

But is it true? Has Trump failed to rein in Iran? Well, honest assessment of the last four years reveals that Trump has actually managed to destroy Iran politically and economically- a feat that no Democrat leader could achieve. In fact, Trump is the only American President who has moved White House closer to the avowed foreign policy goal of compelling Iran to give up its nuclear bomb ambitions.

At the outset, Trump understood how Iran was never serious about its commitments with world powers under the JCPOA. The 2015 Iran nuclear deal allows Tehran to keep a maximum enriched uranium stockpile of 447 pounds, but even today, Tehran continues to increase its stockpile despite protest from the International Atomic Energy Agency (IAEA).

The Democrats somehow kept fooling themselves in the hope that Iran will honour its JCPOA obligations. Trump, on the other hand, understood that the Iranian government can’t be trusted and decided to unilaterally walk out of the JCPOA in May 2018.

Trump had to withdraw because he knew that if Iran acquired a nuclear bomb then the Middle East would face an impending security crisis. Still, the Republican leader avoided any military intervention in Iran. Trump did not allow even Iranian General Soleimani’s assassination to escalate into a violent face-off between Tehran and Washington.

After withdrawing from the Iran nuclear deal, Trump decided to reinstate economic sanctions against Iran in November 2018. Within around two years, Trump has been able to bring Tehran to its knees.

American sanctions are tough and under the CAATSA (Countering American Adversaries Through Sanctions Act), Trump successfully got other nations to stop doing business with Iran. Washington kept threatening even other nations against engaging Iran.

2020 has only been worse for the Iranian economy. The Shi’ite nation was amongst the first countries to suffer a major Chinese virus outbreak. The Iranian economy is set to go down even further from here.

The economic breakdown in Iran has political and diplomatic repercussions also. Iranian President Hassan Rouhani’s regime is passing through a turbulent phase, owing to the many crises facing his country. Moreover, Iranian Supreme Leader Khamenei’s ill-health has made the Islamic Revolutionary Guard Corps (IRGC) an overbearing power.

Iran itself could be moving towards a full-fledged military regime. Iran’s civilian authority is feeling compelled to look up to China. However, Tehran is unlikely to become China’s Client State. At the end of the day, Iran is no pushover and is unwilling to play the role of a proxy State. By playing up its China relations, Iran is only trying to threaten Trump into relaxing the ‘maximum pressure’ policy.

If Trump’s ‘maximum pressure’ policy is asserted further, Tehran is likely to give up its nuclear ambitions in order to save its dying economy. The political pressure on Iran’s civilian authority is also becoming too hard to resist. However, if Biden comes to power, he is likely to waste Trump’s efforts and embolden Iran all over again by re-entering the JCPOA.