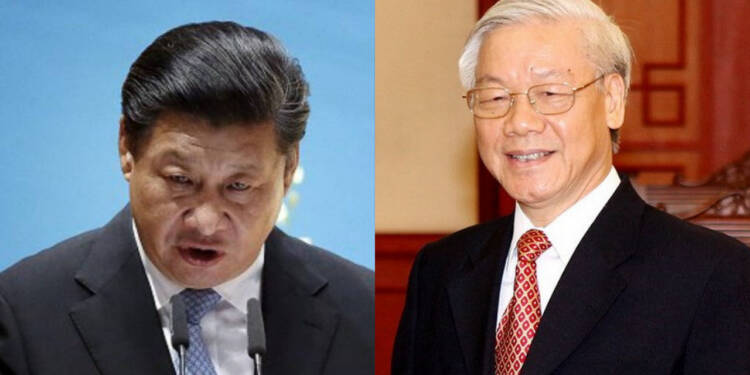 China has for a very long time tried to chip away parts of Vietnam and convert them into Chinese territory. However, Vietnam has succeeded in resisting every time it was attempted. And now, with the Chinese trying to take the whole of the South China Sea for themselves, Hanoi has again raised to the occasion to stand resolute to maintain its sovereignty.

Over the past two years, Vietnam has built up its defences in the Spratly Islands to “ensure it can strike Chinese facilities” in the disputed archipelago, as per a report by the Centre for Strategic and International Studies’ Asia Maritime Transparency Initiative.

For a very long time, Vietnam had maintained that dealing with China is a two-pronged strategy. Resisting them politically and diplomatically whenever their geopolitical interests threaten Vietnam’s sovereignty and maritime interests but cooperate in the matters of trade, commerce and economics. However, with the coming of COVID-19 and the increased belligerence on the part of the Chinese Communist Party, this understanding has taken a back seat and Vietnam is now following max securitization policy. It has realized China cannot be trusted and the only way to deal with it is to gear up militarily.

Emplacements for air and coastal defence systems have been installed on most of Vietnam’s bases in the Spratlys, with the most significant upgrades at West Reef and Sin Cowe Island, according to the report released. The latest improvements at West Reef and Sin Cowe “follow established patterns seen at other Vietnamese outposts in the Spratlys,” according to the paper.

“At Vietnam’s larger outposts, the coastal defence installations are ubiquitous-concrete locations often linked to a bunker,” the study said. In the past two years, on the 28.3 hectares (70 acres) of land at West Reef, which was restored from 2013 to 2016, according to the think tank, signal towers and administrative buildings have been built.

Vietnam has been one of the few ASEAN nations to be vocally assertive for its claims in the South China Sea and its criticism of Beijing. Vietnam for the longest time was the only Southeast Asian nation to take on Beijing over the issues of the South China Sea and management of the Mekong River, and as all other countries of the region were trying to placate the CCP by buying a namesake COVID vaccine, with just above 50% efficacy, Vietnam was the only country that was neither buying the Chinese goodwill and nor its vaccine to the extent ASEAN’s other member countries are buying. It took a more diverse approach as it is in negotiations to buy products from Britain, the US, Russia, and China.

Read more: Vietnam stood like a wall as other ASEAN nations bent the knee to China and now it is least interested in Chinese Vaccine

Moreover, newer and longer-range gun systems, including artillery rocket systems purchased from Israel, have been mounted on Vietnamese outposts in the island chain. All these developments tell us that, while China may think that it can rest well with Joe Biden in office, that would be a wrong assertion. Countries around the world are taking a more independent approach vis a vis China and are not bound by how the USA acts. Vietnam’s latest actions tell us that it is ready for any eventuality and if things turn from bad to worse, China will face massive humiliation.