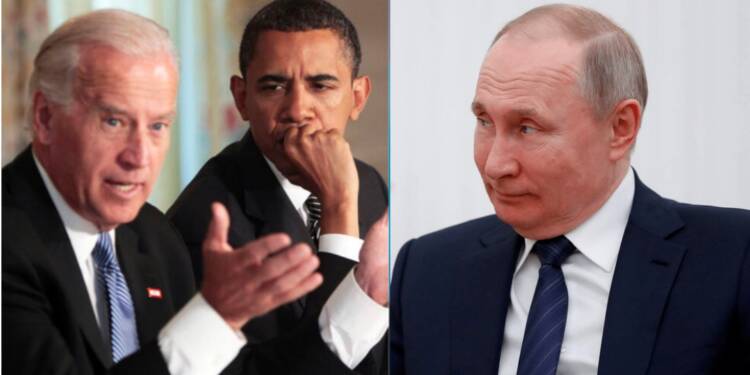 Joe Biden is heating things up in the Middle East and the recent bombings in Syria is the latest exhibit of the same. According to Russian Foreign Minister Sergey Lavrov, Russia was given about four to five minutes warning ahead of the Biden administration’s first military action when it struck Iranian-backed militias in eastern Syria, early Friday. He added that the warning came too late to “deconflict” the situation. This statement by the Russian government makes the exact intent of the Democrats clear.

By not taking Russia into confidence and bombing Iranian-backed militia groups, the Democrats are trying to achieve two objectives.

In the short term, Joe Biden is trying to shun the image of going soft on Iran and is willing to take such actions for the time being. However, the long-term goal is to finish the unfinished business of Barack Obama and continue the war in Syria that Obama had started. Recreating the Obama era enmities is a vital part of this long-term goal of the Democrats.

Barack Obama, during his presidency, just like all the other establishment Presidents, participated and started many wars. He waged a war on the Assad regime of Syria by actively pushing the anti-Assad revolt in Syria.

While Russia under Vladimir Putin tried to keep Syria stable and supported Assad’s regime, the USA portrayed Russia’s support as one evil regime’s support to another. However, the revolt did not succeed and Russia was successful in keeping the Assad regime up and running.

This was considered a big foreign policy failure for the Obama administration.

Afterwards, with the non-establishment President Donald Trump’s arrival in the White House, the US forces were brought back home. With this move, Trump confirmed that Obama’s Middle East policy was a total failure.

Joe Biden is a weak President and whatever action his cabinet takes are initiated and approved by the Democratic Party. Team Biden trying to redeem Obama’s legacy by accomplishing the objectives which remained unfulfilled.

Going ahead Biden may even accuse Bashar Al-Assad of colluding with the Iranian proxy militia group and use it as a pretext to wage a war on Syria and Assad.

The fact that the USA, under Joe Biden, is taking unilateral actions in a conflict-ridden Syria without even consulting or giving timely warning to Russia, is another major show of power of the Democrats with both interest and influence in Syria.

This essentially means that Biden is trying to create confusion and stir some trouble in the region. The US President is using it as a pretext to continue the war his boss Barack Obama had started while at the same time bringing back the “Russia is evil” rhetoric.