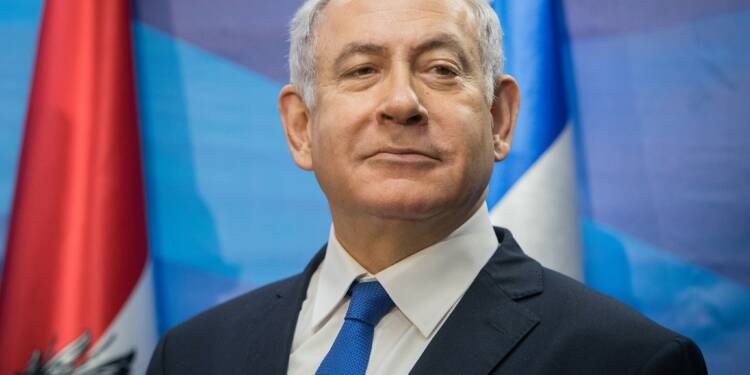 The long-standing Israeli Prime Minister Benjamin “Bibi” Netanyahu seems to be gaining a solid lead for the upcoming elections. Israelis will go to polls to elect a new 120-seat Knesset. As the political left and right in Israel are observing great fluctuations in their approval ratings. A Tuesday poll by Channel 12 News found that Netanyahu’s approval ratings are still strong with 31% of respondents saying they would like to see him continue as the prime minister. The lead is only rising with Bibi riding high on the foreign policy successes, the major ones being the Abraham Accords, increased engagement with Egypt and the success of the West Bank policy.

Netanyahu is Israel’s longest-serving prime minister, having surpassed Israel’s founding prime minister, David Ben-Gurion, a year ago. Prime Minister Benjamin Netanyahu received high ratings from the public. Polls consistently show that Israelis prefer Netanyahu as Prime Minister over all of his possible rivals. The Israelis take their foreign policy and the developments vis a vis their neighbourhood very seriously. The fact that Bibi, with his personalized foreign policy and his rapport with world leaders, was able to create a coalition with Arab countries under the Abraham Accords and ended the political isolation of Israel in the region have played a big part in the surge in his approval ratings.

The probability of possible re-election is also catalyzed by the fact that the left-block is in tatters. Many within the left factions are fighting among themselves and the major Blue and White party led by Benny Gantz, which once could take on Netanyahu, has not even been able to cobble up enough support to put up a serious fight. As one report mentioned, “On a good day it is polling at four or five seats for the March 23 elections, and on a bad day, it does not even cross the four-seat electoral threshold for the 120-seat Knesset.”

In addition to this, the left also stands obliterated by the success of the Abraham Accords, given it was the left that professed that Israel cannot get out of regional isolation if it does not remain considerate to the Palestinian cause. However, the Netanyahu-led government has successfully built a grand alliance in the desert and has proven the left wrong. In addition to this, the people fear that if the center-left Yesh Atid Party, led by Yair Lapid forms the next government, it will reinstate the Left’s failed strategic appeasement policies toward Israel’s enemies. These kinds of defensive schemes will also make sure that the public sentiment and votes remain strongly away from the left block.

Apart from the obliteration of the left block, Netanyahu may very likely be able to gain support from the traditionally far-right factions in Israeli politics. The US factor will also consolidate these votes in favour of Bibi. Democrat-led USA is making it clear that the sitting US President doesn’t like the Prime Minister of Israel, Benjamin Netanyahu. Biden and Democrats may not want Netanyahu to remain Israel’s PM, but their hatred against Netanyahu is exactly what will power him to the top chair in the Jewish nation.

One Democratic lawmaker even said, “Netanyahu has deeply offended [Speaker of the House Nancy] Pelosi and alienated many Democratic members of Congress when he chose to align as closely with Trump and sought to undermine [former U.S. President Barack] Obama.”

So, Biden made the Israel PM wait for a phone call, only because the latter hugged Trump. This is why he also went as far as supporting Israel’s enemies- Palestine and Iran. Biden has offended the entire Jewish nation out of petty vindictiveness against Netanyahu.

Read more: Biden doesn’t want Netanyahu to remain the Prime Minister of Israel. But he may end up helping him get the top chair again

The fact that the current US administration is overtly trying to sideline Netanyahu and appease the Palestinian sympathizers as well as Iran, the Israelis will take any insult directed at their leader as an insult to the proud Jewish nation.

In such a situation, as Netanyahu has created a strong regional alliance, which even two years ago would have been considered an impossibility and even in the face of diminishing US support, the development of the Abraham Accord into a regional military alliance is a phenomenally large feat.

The Israeli people know how it feels like to be isolated within their neighbourhood, and as the policies of the contenders other than Netanyahu are either inconsistent or in contradiction to the feats Bibi has achieved, he is supposed to be the most probable and likely candidate to lead the country as the elections inch closer. The Democrats and Biden administration’s attempt to influence the elections will only concretize Netanyahu’s victory.