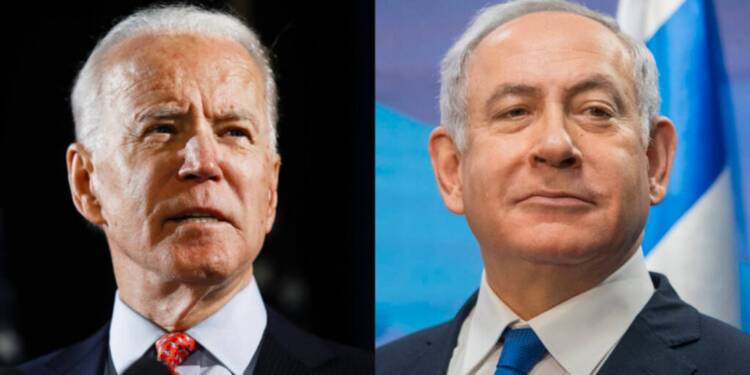 If the first month of Biden’s Presidency is making something amply clear, it is that the sitting US President doesn’t like the Prime Minister of Israel, Benjamin Netanyahu. Biden and extremist Democrats don’t want Netanyahu to remain Israel’s PM but their hatred against Netanyahu is exactly what will power him to the top chair in the Jewish nation.

The tussle between Netanyahu and Biden has been playing out in a rather interesting way. Biden has come to power in the US with a clear desire- befriending Tehran and reviving the 2015 nuclear deal. Israel, on the other hand, has refused to relent on the Iran front.

For Biden, encouraging bonhomie with Iran is a political compulsion. Biden found support from many of his party colleagues on the populist promise of reviving the Joint Comprehensive Plan of Action (JCPOA).

Netanyahu, on the other hand, has his own political compulsions. He knows that Iran is an existential threat to Israel in the Middle East. And now as Netanyahu prepares for re-elections in the Jewish nation next month, he has a clear cut task ahead of him- proving that he will not compromise on the Iran front.

In fact, Israel has made it very clear that it would not engage with the US President Joe Biden on strategy regarding the Iranian nuclear programme while pushing for tougher sanctions and a “credible military threat” against the Shi’ite nation.

Biden, who himself continues to share a very frosty relationship with Netanyahu is, of course, putting a lot of pressure on Israel and other stakeholders to help him revive the Iran nuclear deal. But Israel’s Ambassador to the US Gilad Erdan said, “We will not be able to be part of such a process if the new administration returns to that deal.”

The Ambassador added, “It would appear that only crippling sanctions – keeping the current sanctions and even adding new sanctions – combined with a credible military threat – that Iran fears – might bring Iran to real negotiations with Western countries that might ultimately produce a deal truly capable of preventing it breaking ahead (to nuclear arms).”

Now, this is rather strong rhetoric coming from the Netanyahu government in Israel. The Jewish nation is actually considering war posturing against Iran if Biden actually cosies up to the Shi’ite nation. This is going to help Netanyahu unprecedentedly in the upcoming polls. The Israeli PM is not only refusing to engage with Iran but also resisting enormous American pressure coming from the Biden administration.

But the Iran aspect is only one dimension of the story. Biden’s hostility towards Netanyahu is actually making the latter look like a tall leader.

Biden has been in office for quite some time now, but there has been only one telephonic exchange between Netanyahu and US President Biden till now. This is not a policy issue, but sheer vindictiveness on the part of Biden administration.

One Democratic lawmaker even said, “Netanyahu has deeply offended [Speaker of the House Nancy] Pelosi and alienated many Democratic members of Congress when he chose to align as closely with Trump and sought to undermine [former U.S. President Barack] Obama.”

So, Biden made the Israel PM wait for a phone call, only because the latter hugged Trump. This is why he also went as far as supporting Israel’s enemies- Palestine and Iran. In fact, Biden has offended the entire Jewish nation out of petty vindictiveness against Netanyahu.

It is also well understood that Netanyahu is not a partisan leader. His friendship with Trump was a part of his efforts to strengthen Israel. Trump gave Israel the Abraham Accords, so Israel’s PM hugged him and Democrats couldn’t broker the Abraham Accords, so they couldn’t secure such optics. This is plain and simple diplomacy which shouldn’t offend anyone, including US President Joe Biden.

Yes, at a purely political level, the Abraham Accords do count as a major win for Netanyahu but that is again not supposed to make any Democrat unhappy.

However, the clash between Biden and Netanyahu, only makes the Israeli Prime Minister look good. To make it even better, Netanyahu has refused to succumb under American pressure. The Israeli PM knows that what he was doing was in his country’s greater good and this is why he is taking a strong line against the Biden administration.

All in all, Netanyahu has emerged as a true statesman for Israel, while Biden looks petty for attacking him over partisan reasons. Biden wants Netanyahu to lose and this is exactly why Israelis will make Netanyahu win the upcoming polls.